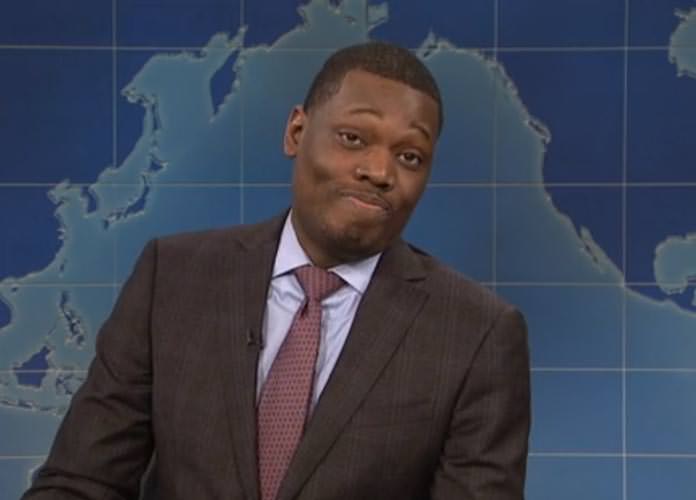 On SNL‘s “Weekend Update,” Che had some choice words for the president about his reactions to the recent various hurricanes. “It’s hurricane relief and people need help. You just did this for white people — twice,” he said. “Do the same thing: Go tell Melania [Trump] to put on her flood heels, get some bottled water, some food, pack up some extra Atlanta Falcons Super Bowl T-shirts, and write them a check with our money, you cheap cracker.”

Several Trump supporters found Che’s comments on the skit show offensive. Many took to social media to express their displeasure, some of which included a barrage of racial slurs, including the N-word. Che took screenshots of several comments and posted the photos to his Instagram, though they have since been deleted.

One user wrote, “I hope Lorne [Michaels] fires your ass. Ur worthless piece of s–t!” Che responded, “lol this guys just a ball of emotions..” Then later he said, “I know I don’t have to respond, BUT ITS FUN!!!!!”

Che didn’t let the words get to him, and continued his political points on Tuesday when he uploaded a photo of Melania on her way to Puerto Rico with the caption, “these expensive, these is red bottoms, these is floody shoes” – a play on Cardi B‘s “Bodak Yellow.”