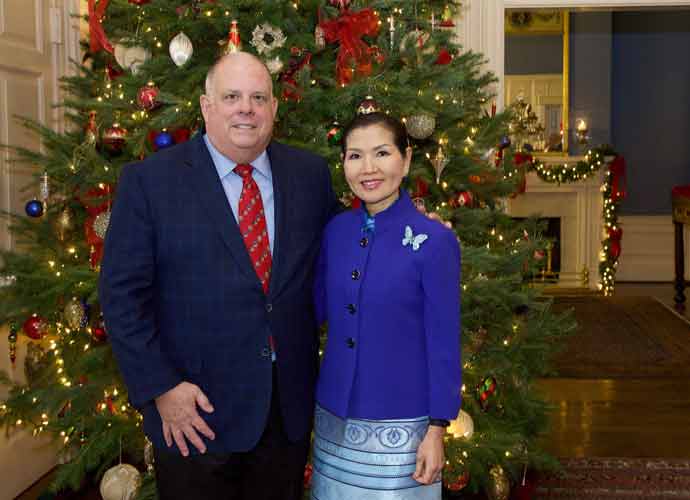 Gov. Larry Hogan (R-Maryland) credited his South Korean wife Yumi Hogan — and not the federal government — with the statewide acquisition of over a half-million coronavirus test kits. Hogan announced the $9 million purchase from South Korean suppliers at a news conference in Annapolis Monday.

Yumi, Maryland’s first lady, is a Korean native who emigrated to the U.S. in 1994.

During the conference, Larry shared that Yumi had used her native language to help secure the shipment and negotiate a deal. He noted that Yumi had been on the phone in the middle of countless nights to finalize the deal.

“She [Yumi] truly is a champion of Operation Enduring Friendship,” Larry said.

Painter, YouTube chef and Maryland’s first lady Yumi Hogan made a plea to South Korea (speaking in Korean) for #coronavirus test kits. On Saturday, 500,000 tests arrived at BWI. The tests will help expand the state’s ability to quickly identify patients sickened from the virus. pic.twitter.com/3lJBk8mUUS