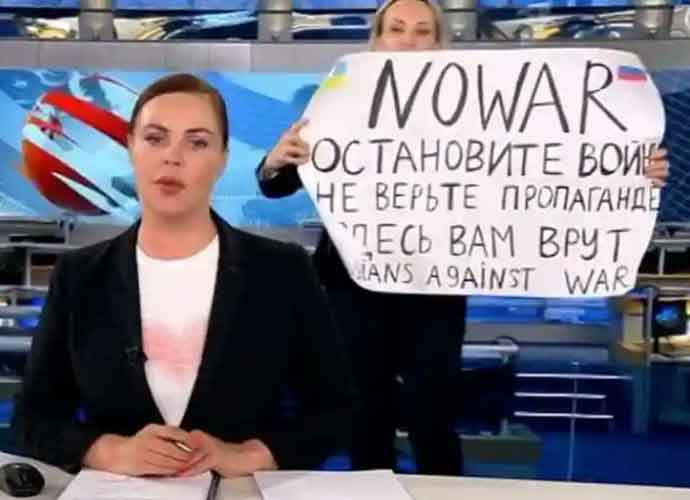 Anti-war Russian journalist Marina Ovsyannikova made headlines in the spring after she interrupted a major Russian-state television network’s live broadcast carrying a sign that read ‘No War,’ while telling viewers they were being lied to.

A ruling on Thursday fined Ovsyannikova 50,000 roubles after finding her guilty of “discrediting the army.”

“What’s going on here is absurd,” she said before the court. “War is horror, blood and shame.”

“Your accusations are like accusing me of spreading monkeypox … The purpose of the trial is to intimidate all the people who oppose the war in the Russian Federation,” she added.

Ovsyannikova said she decided to protest the war because her father is Ukrainian and her mother is Russian. The journalist stood by her words in court, refusing to walk back her statements. She noted that did not want to spread lies to the Russian people about what was really going on.

“I am very ashamed of it,” she said at the time about working for Channel One. “Ashamed of telling lies from the TV screen. Ashamed that I was allowed to zombify Russian people.”

Her signs continued with her message, “Stop the War. Don’t believe the propaganda, they are lying to you here.”

She was taken into custody and immediately fired and find 30,000 roubles.