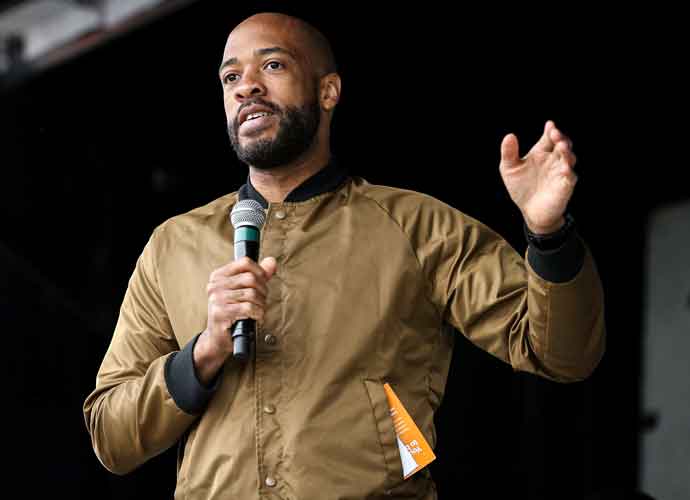 Milwaukee Bucks executive Alex Lasry has bowed out of the Senate race in Wisconsin and endorsed Lt. Gov. Mandela Barnes in one of the Democrats’ greatest chances to unseat a Republican this year – Sen. Ron Johnson.

“After talking with [Democratic Sen.] Tammy [Baldwin] and seeing the data, I think it was clear there was no path forward for us to be able to win,” Lasry said. “We wanted to make sure we were able to unite and rally our support to ensure we’re spending every second we can to get Ron Johnson out of office. It’s clear the lieutenant governor is going to be the nominee.”

Barnes will now coast to the general election and be able to focus on fundraising. He’s currently behind Johnson by around $2.1 million.

“This sets us up for November,” Barnes said of Lasry’s decision to withdraw his name from candidacy, before thanking him for his endorsement.

“This is important that we show up with all the strength, all the momentum, with as many people behind us as possible,” Barnes added. “It is going to take a broad coalition to defeat Ron Johnson.”

Johnson has been in the Senate since 2010, unseating Russ Feingold (D) in the 2010 election. He defeated Feingold again in the 2016 election.

“It’s clear Democrats are uniform in their support for more of the same [Joe] Biden policies that got us in this mess in the first place,” Johnson spokesperson Ben Voelkel said. “That vision for the future will be a tough sell for so many Wisconsin families that are already suffering from record inflation, high gas prices, out-of-control crime and an unsecured border.”

If elected, Barnes would be only one of three black members of the U.S. Senate.