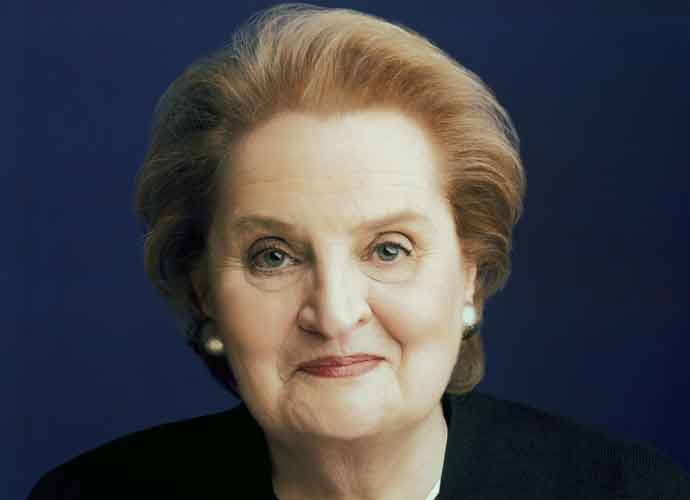 Madeleine Albright, the first female to serve as U.S. secretary of state, has died at 84.

Her family announced her death on Twitter on Wednesday, sharing that she had died of cancer.

Below is a statement from the family of @Madeleine: pic.twitter.com/C7Xt0EN5c9

Albright was born in Prague, became a Nazi refugee as a child, moved to the United States and ended up shaping Western foreign policy on the world stage as an integral part of President Bill Clinton‘s administration. She first served as the U.S. ambassador to the United Nations before being named U.S. secretary of state where she supported NATO expansion. Her background as a refugee and an immigrant drove her to relentlessly advocate for democracy, freedom and human rights, especially in the Balkans and Kosovo.

“Because she knew firsthand that America’s policy decisions had the power to make a difference in people’s lives around the world, she saw her jobs as both an obligation and an opportunity,” he wrote.

The former president reflected on the last conversation he had with his former secretary of state on CNN’s The Situation Room.

She “spent the entire conversation talking about how Ukraine had to be defended and that we had put a lot of those who said we had made a mistake to expand NATO – she said (Russia’s) not going after NATO yet,” Clinton said on the show.

My statement on the passing of Madeleine Albright—one of the finest Secretaries of State, an outstanding UN Ambassador, a brilliant professor, and an extraordinary human being. pic.twitter.com/50QXFhzGit

President Barack Obama awarded Albright with the Medal of Freedom in 2012, the nation’s highest civilian honor.

He also honored her in a statement.

As the first woman to serve as America’s top diplomat, Madeleine Albright was a champion for democratic values. Michelle and I send our thoughts to the Albright family and everyone who knew and served with a truly remarkable woman. pic.twitter.com/8jj3GYZXbB

In retirement, Albright remained outspoken about current events, even writing a New York Times op-ed last month warning Russian President Vladimir Putin of the dire consequences of invading Ukraine. She was an author, a professor and an icon for many to look up to.