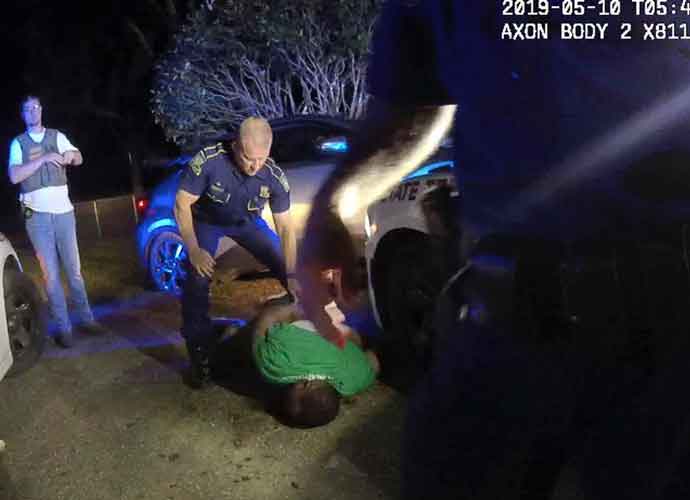 Footage obtained by media outlets on Thursday revealed that motorist Robert Greene was killed by Louisiana state troopers and not in an auto accident as police told had the hospital and his family members.

The tape shows a body camera of the police officers stunning, punching and dragging a black man face-down across rocky lanes, sometimes by the leg, as he apologized for leading them on a high-speed chase.

“I’m your brother! I’m scared! I’m scared!” Greene, 49, a barber, can be heard telling the white troopers as the unarmed man is electrocuted repeatedly with a stun gun before he even gets out of his car along a dark, rural road.

On May 10, 2019, on the night of the attack, authorities told the hospital that the man died on impact with a tree, covering up the confrontation.

For over two years, Louisiana officials have rebuffed repeated calls to release footage and details about what caused the Green’s death.

Troopers initially told Greene’s family that he died on impact after crashing into a tree during the chase. Later, State Police released a one-page statement acknowledging only that Greene had struggled with troopers and had died on his way to the hospital.

But Greene was dead when he arrived to the hospital – bruised, bloodied and with two stun-gun prongs in his back.

Dr. Omokhaule Omokhodian, the emergency room doctor, wrote in his notes that night on May 10, 2019, “Does not add up,” referring to the police explanation that he had crashed into a tree.

The police had pulled Greene over for an unspecified traffic violation shortly after midnight on the dark Louisiana road.

Greene’s family filed a wrongful death suit, and that, coupled off the emergency room doctor’s support, made authorities to produce the body cam footage.

Police then released a new report with a further explanation then, detailing that “Greene was taken into custody after resisting arrest and a struggle with Troopers.”

The report adds that he “became unresponsive” and died on the way to the local hospital, but it does not reveal any use of force by the Louisiana state troopers.