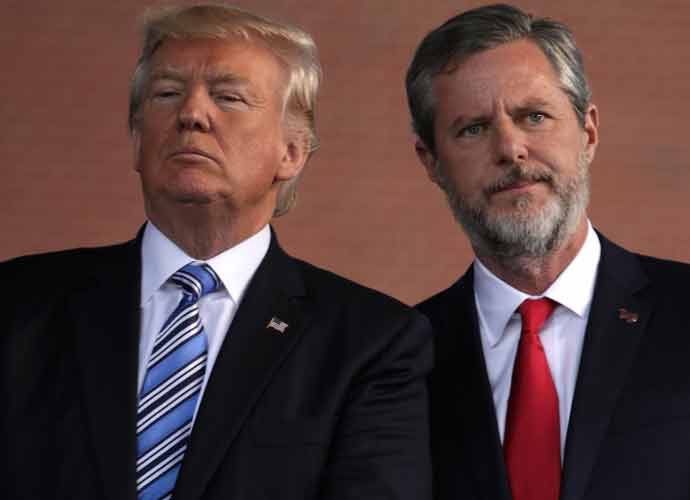 Citing breach of contract and fiduciary duty, Liberty University has sued their former President and Chancellor Jerry Falwell Jr. for $10 million. The suit alleges that Falwell withheld information from the university’s board of trustees, which led to his 2019 contract being negotiated under false pretenses.

The suit filed by Liberty University states that Falwell failed to disclose “his personal impairment by alcohol,” as well several scandals, ultimately deceiving the board into crafting a generous severance package for Falwell. Falwell told the trustees that the large severance package was a “safety value” due to Falwell’s public support of former President Donald Trump, not his yet-to-be disclosed sex scandals.

The suit alleges that Falwell organized his severance package while under extortion from a pool attendant who had a lengthy affair with Falwell’s wife, Becki Falwell. The suit claims that Falwell Jr. “improperly and errantly” said in public interviews that Liberty University owed him $10.5 million as a severance package, but that his severance was actually $2.5 million. “Liberty was unsure if Falwell Jr.’s representation to the media was just puffery and bragging or some attempt to set up a claim for additional compensation,” the suit reads.

The suit also tells of an ongoing investigation regarding Falwell’s use of a non-Liberty University email address and devices not issued by the university when performing business for the school. Falwell has refused to return devices paid for by Liberty with confidential university files stored, the suit alleges. Liberty University has since hired an independent forensic accounting firm to investigate Falwell’s use of the devices.

Liberty University spokesperson Scott Lamb said the school has no comment on the suit.