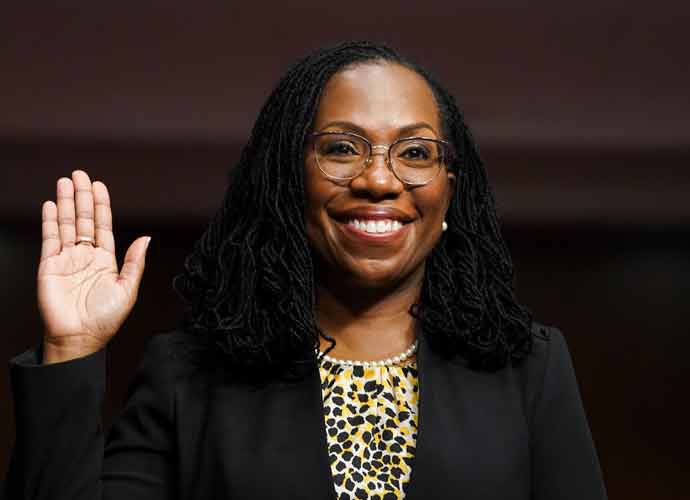 The Senate confirmed Ketanji Brown Jackson to the Supreme Court on Thursday afternoon, making her the first Black woman to serve on the nation’s highest court.

The vote was 53-47 with three Republicans, Sens. Susan Collins (Maine), Lisa Murkowski (Alaska) and Mitt Romney (Utah) joining all 50 Democrats to support Jackson’s confirmation. She will replace Justice Stephen Breyer after he officially retires at the end of the Supreme Court’s term, which is expected between late June and late July.

“This is a wonderful day, a joyous day and an inspiring day, for the Senate, for the Supreme Court and for the United States of America,” Senate Majority Leader Chuck Schumer (D-New York) said prior to the vote.

“Now a few days ago, I spoke with a group of eighth-graders from Chautauqua, New York. Many of them were students of color. It was amazing when I mentioned that this week we were confirming the judge. You could see them light up. The unmistakable look in their eyes, one day each young lady thought to herself, ‘I can do it too,'” he added.

Jackson and President Joe Biden watched the Senate vote from The Roosevelt Room at the White House.

Jackson’s confirmation will also mark the first time a federal public defender has been seated on the court. She is currently a judge on the U.S. Court of Appeals for the D.C. Circuit, which is a role she was confirmed to last June.

Biden’s first nominee will not change the ideological balance of the court where conservatives have a 6-3 majority, but her confirmation marks a win for Democrats and follow-through on a campaign promise for Biden.