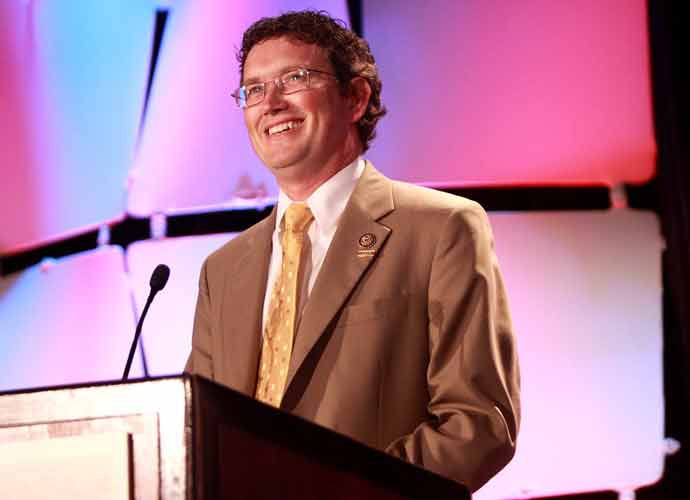 Massie on Sunday tweeted, “You mustn’t question Fauci, for he is science.” Under these words, there is an image with a giant hand crushing a group of people with a quote attributed to Voltaire, saying, “To learn who rules over you, simply find out who you are not allowed to criticize.”

Even though this quote is attributed to Voltaire, the French philosopher, there was no record of him ever saying this. This quote is often attributed to Kevin Alfred Strom, a neo-Nazi who pleaded guilty in 2008 to possessing child pornography.

Strom said a similar phrase during an antisemitic rant on a 1993 radio broadcast where he said, “to determine the true rulers of a society, all you must do is ask yourself this question: Who is it that I am not allowed to criticize?”

You mustn’t question Fauci, for he is science. pic.twitter.com/KnqCcPXWSe

The false Voltaire attribution has been circulating the internet for years even after being debunked numerous times in fact checks.

Dr. Anthony Fauci To Retire At The End Of The Year