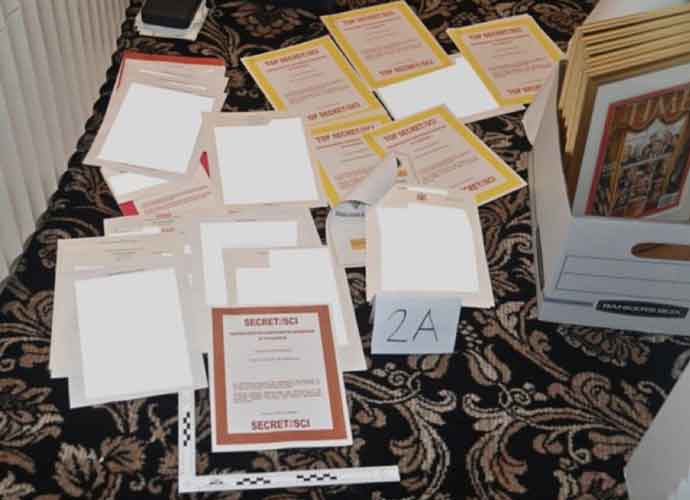 The Justice Department said in a Tuesday night court filing that former President Donald Trump and his team “likely concealed and removed” government documents from a storage room at his Mar-a-Lago residence in an effort to “obstruct the government’s investigation.”

They claimed that this was likely done before the FBI obtained and executed a search warrant to investigate possible mishandling of documents. This comes after Trump’s lawyers said that they cooperated with officials that all documents that were requested by the government had been returned.

The filing revealed that over 320 documents have been obtained from Trump’s Palm Beach, Florida, estate while also challenging an earlier filing by Trump’s team which called the FBI’s search “shockingly aggressive,” and requested a special master to oversee the Justice Department’s handling of the recovered documents.

“The government provides below a detailed recitation of the relevant facts, many of which are provided to correct the incomplete and inaccurate narrative set forth in Plaintiff’s filings,” prosecutors wrote in Tuesday night’s filing.

It went on to outline how Trump kept boxes of classified White House papers even after claiming that he had turned in all secret material. The filing also included a photo of classified documents spread across the floor of Trump’s Mar-a-Lago office.

Look at this photo and tell us Trump didn’t know he was taking classified documents. He knew what he was doing and took them for a reason. pic.twitter.com/aZcN2VcxBv

“Terrible the way the FBI, during the raid of Mar-a-Lago, threw documents haphazardly all over the floor (perhaps pretending it was me that did it!), and then started taking pictures of them for the public to see,” Trump responded on his social media platform, Truth Social.

A federal judge approved a search warrant for FBI agents to search Trump’s residence as a part of the Justice Department’s investigation into whether or not Trump violated the Espionage Act or illegally concealed or moved official government documents. A document being classified is not a requirement.