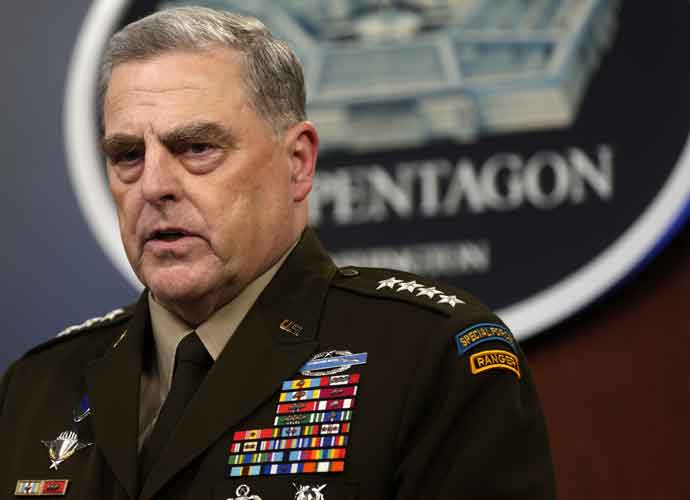 Two days after the January 6 riot at the U.S. Capitol, Joint Chiefs Chairman Gen. Mark Milley made phone calls to his Chinese counterpart, Gen. Li Zuocheng, reassuring him that the U.S. military would not attack China.

According to Peril, a forthcoming book by journalists Bob Woodward and Robert Costa, Milley’s phone calls were made without the authorization of the then-President Donald Trump because he was “fearful Trump might spark war.”

Following the report on Tuesday, a spokesperson for Milley Wednesday has confirmed that the call took place but insisted that it was a necessary measure to “maintain strategic stability.”

“His calls with the Chinese and others in October and January were in keeping with these duties and responsibilities, conveying reassurance in order to maintain strategic stability,” said the spokesman, Col. Dave Butler.

Butler also revealed that Milley did not break the rules while contacting Gen. Li.

“All calls from the Chairman to his counterparts, including those reported, are staffed, coordinated and communicated with the Department of Defense,” Butler added.

Following the report Tuesday, Trump released a long statement denouncing his former military adviser, calling him a “dumbass” and suggesting that Milley should be “taken immediately” and “tried for treason.”

“If the story of “Dumbass” General Mark Milley, the same failed leader who engineered the worst withdrawal from a country, Afghanistan, in U.S. history, leaving behind many dead and wounded soldiers, many American citizens, and $85 Billion worth of the newest and most sophisticated Military equipment in the world, and our Country’s reputation, is true, then I assume he would be tried for TREASON in that he would have been dealing with his Chinese counterpart behind the President’s back and telling China that he would be giving them notification “of an attack.” Can’t do that!” Trump said in a statement.

Trump reacts by calling Gen. Milley a "dumbass," suggests action "be taken immediately" against the chairman of the joint chiefs and denies ever planning to attack #China. pic.twitter.com/UwO87IYBvJ