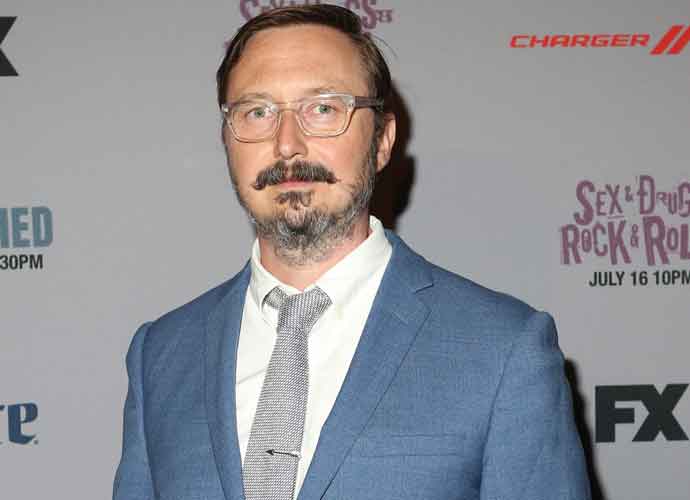 John Hodgman On His Character The 'Deranged Millionaire': "I Couldn't Go More Absurd Than Donald Trump Could" [VIDEO EXCLUSIVE]

John Hodgman On His Character The ‘Deranged Millionaire’: “I Couldn’t Go More Absurd Than Donald Trump Could” [VIDEO EXCLUSIVE]

John Hodgman is known for his work on Jon Stewart‘s The Daily Show, as well as some podcasting and comedy books he’s written. He used to focus on the absurd in his comedy, but his latest book Vacationland is about navigating middle age. As many do, Hodgman has strong feelings about Donald Trump, and actually based a comedy routine around the now-president years ago on The Daily Show.

He was known as the ‘deranged millionaire,’ and Hodgman eventually gave up the act. “I’m so glad that I am not the deranged millionaire anymore. That was my idea, directly inspired by the fact that in 2011/2012 Donald Trump was wondering onto the sets of cable news outfits, sitting down seemingly without invitation, to spout off racist conspiracy theories,” Hodgman told uInterview in an exclusive video. “And I was like, we’re a news show, we need that guy. We need a rich white dude who can say whatever dumb monstrous stuff comes to his mind simply because he’s a rich white dude, and that’s how the deranged millionaire was born.”

When Trump started gaining more traction in the cultural and political spheres, Hodgman realized that his comedy would no longer work because it was too real to remain funny. “What I realized pretty quickly and especially as Donald Trump became more and more serious player in public life, was that there was no comedy,” he said. “My comedy was always based on taking things out to the most absurd level… but I couldn’t go more absurd than Donald Trump could go. There was no comedy that I could make that could compete with the long-form improv character work that Donald Trump has been doing since he was born.”

Once Stewart left The Daily Show, it gave Hodgman the chance to reevaluate his own comedic choices. He started to turn to stories from his own life for his material, and Vacationland was born. “It was a real relief in a sense, when Jon handed the show over to Trevor Noah‘s capable hands, to be able to take stock of where I was comedically and realize these stories that I’ve been telling on stage, they’re not weird character work anymore – they’re stories about me and my life as a dad, and as a husband, and as a white male monster staring down the second half of his life. So I decided that Vacationland the book was really the direction that I wanted to go.”