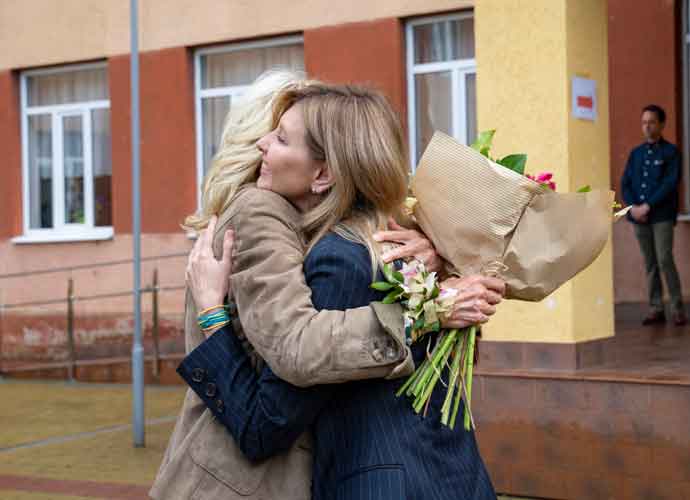 First Lady Jill Biden traveled in secret to Ukraine over the weekend, where she met with Ukrainian First Lady Olena Zelenska.

“I wanted to come on Mother’s Day,” Biden told Zelenska. “We thought it was important to show the Ukrainian people this war has to stop. And this war has been brutal. The people of the United States stand with the people of Ukraine.”

“First of all, I would like to thank you for a very courageous act,” responded Zelenska, speaking through an interpreter in her first appearance in public since the beginning of the war in late February. “Because we understand what it takes for the U.S. first lady to come here during a war when the military actions are taking place every day, where the air sirens are happening every day, even today. We all feel your support and we all feel the leadership of the U.S. President but we would like to note that the Mother’s Day is a very symbolic day for us because we also feel your love and support during such an important day.”

The hour-long meeting took place in a building that used to be a school in Uzhhorod, Ukraine. The building is now serving as a shelter for those who were forced to evacuate their towns and homes because of the war.

Biden’s meeting with Zelenska was part of her four-day trip to Europe. She also spent time in Romania and Slovakia meeting with families who had fled from Ukraine.

The visit from Biden is another in a string of high-profile Americans to travel to the war-torn country. Secretary of State Antony Blinken, Secretary of Defense Lloyd Austin and Speaker of the House Nancy Pelosi have all visited Ukraine in the past few weeks.