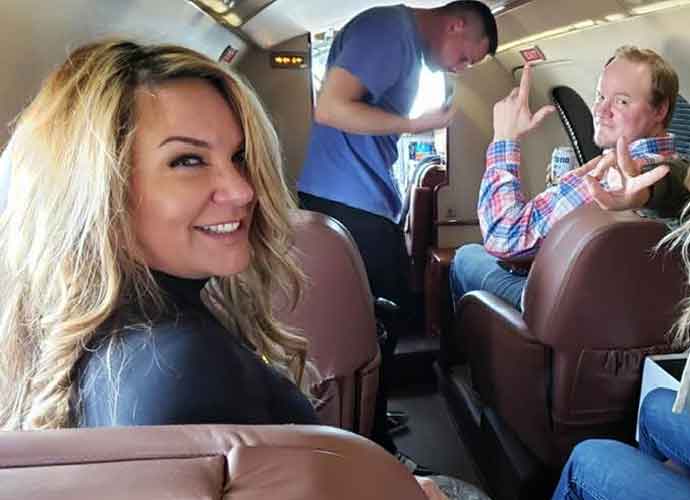 Jenna Ryan, Who Took A Private Jet To Participate In Capital Riots, Says ‘I Regret Everything’

For months after President Joe Biden was declared the election winner, Trump has claimed widespread voter fraud, which led to him to tell his supporters to protest at the Capitol in early January.

“I bought into a lie, and the lie is the lie, and it’s embarrassing,” Ryan claimed. “I regret everything.”

Ryan and several other North Texas real estate agents took a private jet to Washington to attend the January 6 “Stop the Steal” rally, which quickly turned into the first attack on the U.S. Capitol since 1814.

Although the real estate broker initially denied entering the Capitol, Ryan live-streamed her journey inside, narrating her actions to her social media followers. In another video, she told her followers that she’d be “breaking those windows.”

Ryan’s social media videos were used as evidence during Trump’s impeachment trial. An NBC News Interview clip of Ryan was presented from January 18, in which the broker said she went to the Capitol because she was following Trump’s orders.

“Not one patriot is standing up for me,” Ryan said. “I’m a complete villain. I was down there based on what my president said. ‘Stop the Steal.’ Now I see that it was all over nothing. He was just having us down there for an ego boost. I was there for him.”

Nearly 60% of 125 Capitol rioter defendants had shown signs of financial trouble, including bad debts, bankruptcies, unpaid taxes or eviction or foreclosed notices. Ryan was one of them.

Following her arrest, Ryan set up multiple fundraising accounts on websites like PayPal, but those accounts were deleted following widespread complaints. However, she is still listed on the Christian crowdsourcing site, GiveSendGo.