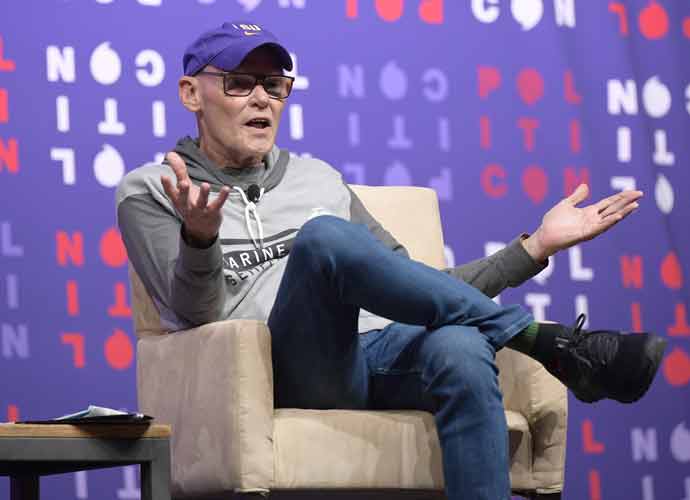 During an interview with PBS NewsHour host Judy Woodruff, Carville discussed the Virginia gubernatorial race in which Glenn Youngkin (R) beat former Gov. Terry McAuliffe. “What went wrong is just stupid wokeness. Don’t just look at Virginia and New Jersey,” Carville said. “Look at Long Island, look at Buffalo, look at Minneapolis, even look at Seattle, Wash. I mean, this ‘defund the police’ lunacy, this take Abraham Lincoln’s name off of schools. I mean that — people see that.”

He added: “It’s just really — has a suppressive effect all across the country on Democrats. Some of these people need to go to a ‘woke’ detox center or something. They’re expressing a language that people just don’t use, and there’s backlash and a frustration at that.”

Carville continued: “We got to change this and not be about changing dictionaries and change laws. These faculty lounge people that sit around mulling about I don’t know what. … They’re not working. Wokeness is a problem and everyone knows it. It’s hard to talk to anybody today — and I talk to lots of people in the Democratic Party — who doesn’t say this. But they don’t want to say it out loud.”