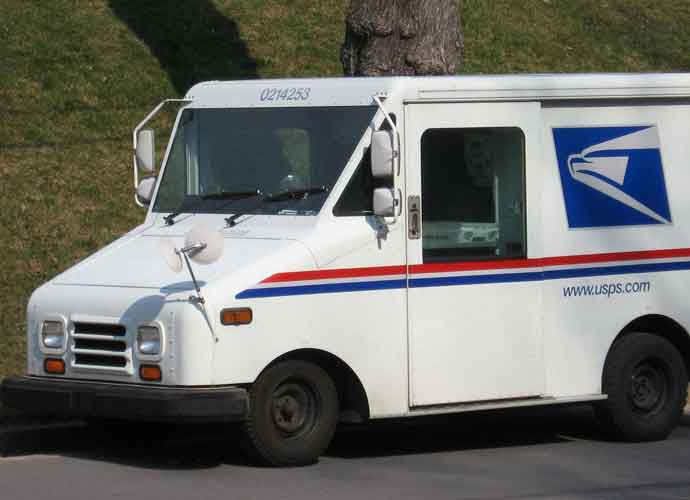 Recent reports of delays in service by the U.S. Postal Service have prompted concerns that mail-in voting and absentee ballots will be undermined by the new Postmaster General and Trump megadonor, Louis DeJoy.

Under DeJoy, the Post Office has attempted to cut costs by stopping overtime pay for carriers and clerks, which has resulted in mail being delayed by several days.

A USPS employee explained in an email to MSNBC how quickly mail can build up and become delayed.

“Last Monday my carrier was off… Her route sat there until she returned on Tuesday. She had to take out Monday’s mail, Tuesday’s mail and maybe stuff left over from Saturday,” the worker wrote. “Instead of catching up as the new [postmaster general] says, the problem grows – maybe exponentially. It compounds upon itself.”

In Philadelphia, mail has been delayed upwards of three weeks, the Philadelphia Inquirer‘s Ellie Rushing reported.

“Neighborhoods across the Philadelphia region are experiencing significant delays in receiving their mail, with some residents going upwards of three weeks without packages and letters, leaving them without medication, paychecks, and bills,” Rushing wrote.

The article stated: “According to local union leaders and carriers, mail is piling up in offices, unscanned and unsorted. Mail carriers who spoke with The Inquirer said they are overwhelmed, working long hours yet still unable to finish their routes. Offices are so short-staffed that when a carrier is out, a substitute is often not assigned to their route.”

But delays are not limited to Philadelphia. Service has been slowing down nationwide, with areas in California, Michigan, New Jersey as well as in other states reporting significant backlog.

The changes attributed to causing the slowdown come as the USPS continues to face financial pressure, which has only intensified during the coronavirus-incited recession. Some officials have warned that the Postal Service could run out of money by September without aid from Congress.

The USPS reported a $4.5 billion loss for the quarter ending in March – and the effects of the coronavirus shutdown are only expected to increase. The service currently predicts losses totaling more than $22 billion over the next 18 months.

“The Postal Service is in a financially unsustainable position, stemming from substantial declines in mail volume and a broken business model,″ DeJoy said in a statement last week. “We are currently unable to balance our costs with available funding sources to fulfill both our universal service mission and other legal obligations. Because of this, the Postal Service has experienced over a decade of financial losses, with no end in sight, and we face an impending liquidity crisis.”

“Overtime will be eliminated,” the document, which was first reported on by the Washington Post, reads. “Again, we are paying too much overtime, and it is not cost effective and will soon be taken off the table. More to come on this.”

It continued: “The USPS will no longer use excessive cost to get the basic job done. If the plants run late, they will keep the mail for the next day.”

A separate document from July 10 acknowledged that the changes “may be difficult for employees” and that temporarily, “we may see mail left behind or on the workroom floor or docks.”

The changes may cause problems for individuals trying to vote by mail.

“The policies that the new postmaster general is putting into place – they couldn’t lead to anything but degradation of service,” the president of the American Postal Workers Union, Mark Dimondstein, told the New York Times. “Anything that slows down the mail could have a negative impact on everything we do, including vote by mail.”

Former President Barack Obama criticized the slowdown in postal service during his eulogy for Rep. John Lewis, saying that voting rights are being attacked “with surgical precision, even undermining the Postal Service in the run-up to an election that is going to be dependent on mailed-in ballots so people don’t get sick.”

“We are fighting to make sure that Americans can vote safely and confidently, in person and by mail, especially in the middle of a pandemic,” he wrote. “Funding for state elections systems and the post office shouldn’t be a partisan issue. This is about our democracy!”

We are fighting to make sure that Americans can vote safely and confidently, in person and by mail, especially In the middle of a pandemic.

Funding for state elections systems and the post office shouldn’t be a partisan issue.

This is about our democracy!

Bills approved by the Democratic-controlled House would increase Postal Service funding by $25 billion, but the legislation has not been approved by the GOP-led Senate. Although Congress has approved a $10 billion line of credit for the federal agency, the USPS has not been able to utilize it yet due to restrictions imposed by the Trump administration.

Rep. Adam Schiff (D-California) emphasized the importance of the Postal Service in a tweet Saturday, writing that “an attack on the Post Office during a pandemic is an attack on voting rights.”

“It’s an attack on our democracy,” Schiff continued. “The American people want their votes to be counted.”

An attack on the Post Office during a pandemic is an attack on voting rights.

It’s an attack on our democracy.

The American people want their votes to be counted.

Kim Wyman, the Republican secretary of state in Washington, one of five states with universal mail-in voting, told NPR on Wednesday that “election officials are very concerned, if the post office is reducing service, that we will be able to get ballots to people in time.”

In addition to the five states that conduct elections entirely by mail: Colorado, Hawaii, Oregon, Washington and Utah, many states have eased restrictions on who is allowed to vote through the mail amid the coronavirus pandemic.

Mail-in ballots in Kentucky accounted for 85% of the vote in June’s primary, for example. And in Vermont, requests for mail-in ballots have increased by 1,000% since 2018. In Rep. Gerald Connolly‘s (D-Virginia) suburban district, only 1,300 people voted by mail in a 2019 primary, compared to last month’s approximate 34,000.

He added: “I don’t think that’s speculation. I think we are witnessing that in front of our own eyes.”

In 34 states, completed ballots not received by Election Day will not count, raising concerns that any delays by the Postal Service could impact the results of the election.

The Chairwoman of the House Oversight Committee, Carolyn Maloney (D-New York), wrote a letter with Conolly to DeJoy in mid-July questioning the timing of his cost-cutting reforms.

“While these changes in a normal year would be drastic,” the pair wrote, “in a presidential election year when many states are relying heavily on absentee mail-in ballots, increases in mail delivery timing would impair the ability of ballots to be received and counted in a timely manner – an unacceptable outcome for a free and fair election.”

DeJoy defended the measures in a statement, saying the ban on overtime was designed to “improve operational efficiency” and to “ensure that we meet our service standards.”

A spokesperson for the Postal Service, David Partenheimer, assured that the changes would not affect election-related mail.

He said the Postal Service has “ample capacity to adjust our nationwide processing and delivery network to meet projected election and political mail volume, including any additional volume that may result as a response to the COVID-19 pandemic.”

DeJoy is scheduled to testify before Maloney’s committee on Sept.17. The committee had intended to have a hearing with DeJoy this week, but he was unavailable due to a meeting of the Postal Service’s Board of Governors. Maloney said DeJoy has confirmed his availability for the September hearing.

The hearing will address “the need for on-time mail delivery during the ongoing pandemic and upcoming election,” which is expected to include a major expansion of mail-in ballots.