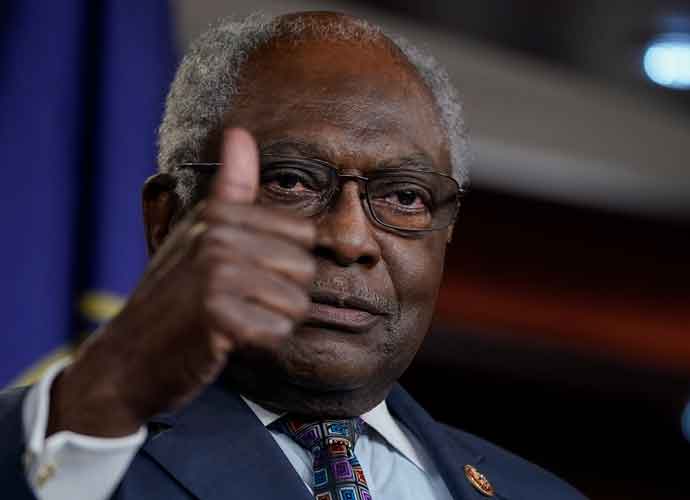 House Majority Whip James Clyburn (D-South Carolina) warned that the U.S. is “on track” to repeat what happened in Nazi Germany in the 1930s.

During an interview aired on Fox News, Clyburn criticized political hate and blamed far-right’s “demonization of Nancy Pelosi” for the attack on Paul Pelosi.

“This country is on track to repeat what happened in Germany when it was the greatest democracy going, when it elected a chancellor that then co-opted the media,” Clyburn told Fox News Digital on Thursday. “This past president [Donald Trump] called the press the enemy of the people. That is a bunch of crap. And that is what’s going on in this country.”

House Majority Whip Rep. James Clyburn: "This country is on track to repeat what happened in Germany in the 1930s [if Republicans win]." pic.twitter.com/lbkdPXVCMQ

Clyburn’s remarks came after Democrats made a final push to convince voters of the risk of voting for election deniers.

President Joe Biden recently delivered a speech in Washington, D.C. noting that an estimate of 300 election deniers are on the ballot this election.

“We can’t ignore the impact this is having on our country. It’s damaging, it’s corrosive and it’s destructive,” the president said.

Former President Barack Obama also addressed the issue speaking at an event in Arizona, saying democracy may not survive if GOP take key offices in the state.