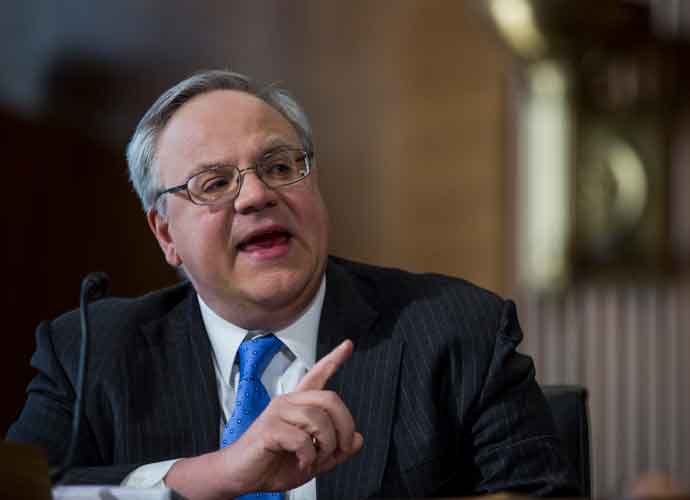 The House Natural Resources Committee asked the Justice Department on Wednesday to open a criminal investigation into whether or not Trump administration Interior Secretary David Bernhardt accepted a bribe relating to the approval of an Arizona land developer’s project. They say that in return, he would have gained Republican donations to boost former President Donald Trump‘s reelection campaign.

In 2017, the U.S. Fish and Wildlife Service reversed its position on a water permit request that would have gone to building a luxury housing development in an ecologically fragile area of southern Arizona. Having previously denied the request, Wildlife Services cited interviews with Interior Department members as a reason for newfound approval.

“Evidence strongly suggests the decision was the result of a quid pro quo between Vigneto’s developer, Michael Ingram, and senior-level officials in the Trump administration, potentially including then-DOI Deputy Secretary David Bernhardt,” the committee’s report read.

During that period, landowner Michael Ingram and his business associates made a “highly unusual” donation of $241,600 to Trump-supporting committees in an off-cycle year, according to the filing.

“An exchange of money for a specific government action is the clearest form of corruption there is, and Americans — Democrats, Republicans, and Independents — share an understanding that this kind of quid pro quo erodes our democracy,” Rep. and committee member Katie Porter (D-California) said in a statement. “This concerning fact pattern demands additional fact-finding, at a minimum, so the American people have answers on whether the Trump administration was acting in the public’s interest or the interests of the highest bidder.”

New from @RepRaulGrijalva and me: After a real estate developer and his friends made $241,600 in campaign donations, the Trump Administration overruled local environmental experts to green light a development near an endangered river. We're making a criminal referral for bribery.

The decision on the water permit has since been reversed again since President Joe Biden won the 2020 election.

Ingram’s real estate firm released a statement in response. They denied any wrongdoing on Ingram’s part and alleged that there was an independent review conducted by the Fish and Wildlife Service that confirmed Ingram did not influence their decision in any way.