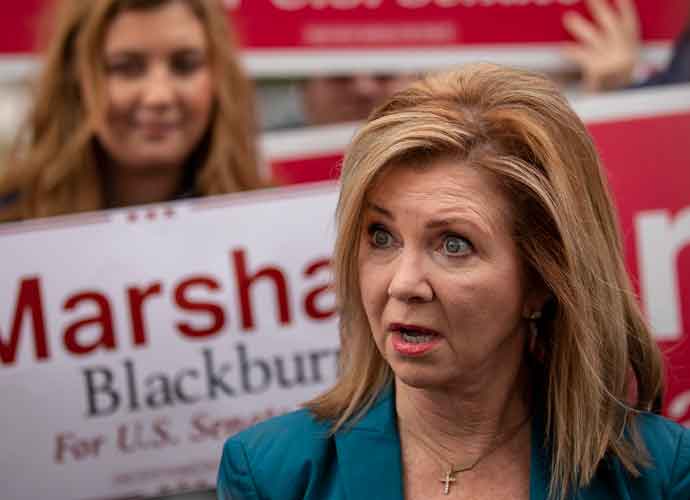 FRANKLIN, TN - OCTOBER 31: U.S. Rep. Marsha Blackburn (R-TN), Republican candidate for U.S. Senate, speaks to reporters after she cast her ballot during early voting at the Williamson County Clerk's office, October 31, 2018 in Franklin, Tennessee. Blackburn, who represents Tennessee's 7th Congressional district in the U.S. House, is running in a tight race against Democratic candidate Phil Bredesen, a former governor of Tennessee. The two are competing to fill the Senate seat left open by Sen. Bob Corker (R-TN), who opted to not seek reelection. (Photo by Drew Angerer/Getty Images)

Marsha Blackburn responds to Biden's "Neanderthal" comments w/ impassioned defense of Neanderthals: "Neanderthals are hunter-gatherers, they're protectors of their family, they're resilient, they're resourceful, they tend to their own. So I think Joe Biden needs to rethink [it]." pic.twitter.com/758y7urJKZ

Blackburn told Fox Business host Stuart Varney that she actually has past experience acting like a Neanderthal. “Stuart, we were called ‘Neanderthals’ when I led the fight against the imposition of a state income tax in Tennessee,” Blackburn told Varney. “Do you know what I did? I started the Neanderthal Caucus!”

“Neanderthals are hunter-gatherers, they’re protectors of their family,” said Blackburn, who opposes the teaching evolution in schools. “They are resilient. They are resourceful. They tend to their own. So, I think Joe Biden needs to rethink what he is saying.”

Biden’s full statement on the governors’ premature lifting of COVID-19 restrictions said, “We are on the cusp of being able to fundamentally change the nature of this disease because of the way we’re able to get vaccines in people’s arms. The last thing we need is Neanderthal thinking that in the meantime everything’s fine, take off your mask, forget it.”