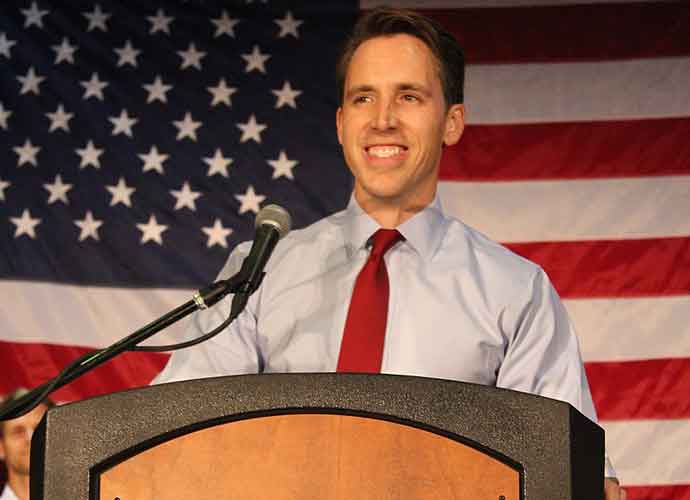 Sen. Josh Hawley (R-Missouri) announced Wednesday that he will challenge President-elect Joe Biden‘s victory in Pennsylvania and possibly other swing states on Jan. 6, the day Congress is scheduled to certify the results of the Electoral College.

Hawley did not say how many states he would be challenging.

“We’ll see about that, we’re working out the logistics of it,” he said.

If Hawley only challenges Pennsylvania — a state in which numerous legal challenges have already been blocked by courts — President Donald Trump would still not meet the threshold of electoral votes needed to stay in the White House.

Hawley’s move will effectively delay the certification, as Congress will be forced to debate the results of at least one state. His challenge will not ultimately affect Biden’s win, as multiple Republican lawmakers have publicly voiced their acceptance of Biden’s win.

Sen. Susan Collins (R-Maine) criticized Hawley’s attempt to block certification, adding that she does “not think that he will prevail.”

“I do not think that he will prevail in his quest. And I question why he is doing it when the courts have unanimously thrown out the suits that the president’s team have filed for lack of credible evidence,” she said. “And Sen. Hawley’s a smart attorney who clerked for the Supreme Court, so he clearly understands that. So I don’t understand.”

She added that she would “absolutely” vote to certify “unless there’s some very unexpected revelation which I cannot imagine will occur.”

“My plan at this point is to vote to accept the votes of the Electoral College,” said Sen. Shelley Moore Capito (R-West Virginia). “There’s not enough to overturn that.”

Sen. Richard Shelby (R-Alabama) also noted that “the election is over.”

“We’ll see what he has to say but my belief is that although I didn’t like the outcome of the election, the election is over,” he said.

Sen. John Cornyn (R-Texas) said he had not seen enough evidence to support overturning a state’s electors but would be open to seeing what, if any, new evidence would be brought to light.

“I’m curious to see the evidence they have,” Cornyn said. “I was a judge for 13 years. I’m used to making decisions based on the facts and evidence but so far I haven’t heard it.”

In order for a challenge to be voiced during the Jan. 6, a single House member and senator must bring a joint motion. Several House Republicans have already indicated they plan to, but until Hawley’s announcement, it was unclear if they would gain a partner in the Senate.