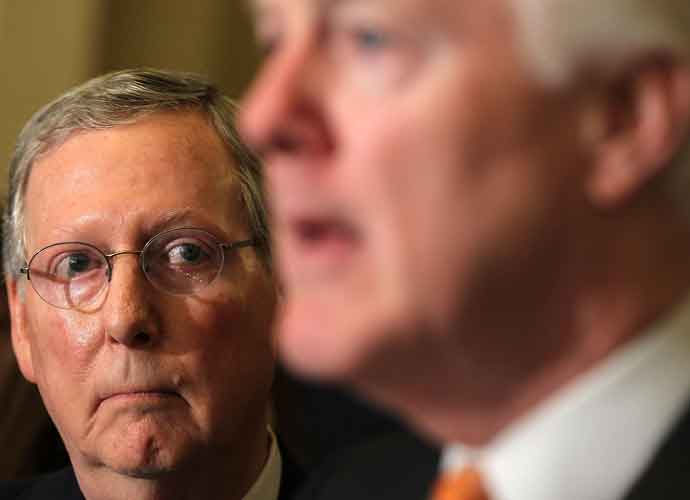 Sen. John Cornyn (R-Texas) made a quick retreat after an attempted gotcha question during a hearing for Assistant Attorney General nominee Kristen Clarke. Cornyn asked Clarke about an article she wrote while still a student at Harvard, unaware the article was satire.

John Cornyn grills assistant attorney general nominee Kristen Clarke about an article she wrote for her college paper, seemingly oblivious to the fact it was satire pic.twitter.com/qMG3LNg2AO

“Miss Clarke, Martin Luther King famously said that he had a dream of the day when his children would be known by the content of their character and not the color of their skin,” Cornyn said to Clarke, a life-long civil rights advocate. “Absolutely, Senator,” Clarke replied.

“Well, maybe there’s a misprint, but I’m sure you can clear it up for me, dating back to your days in school when you seemed to argue that African Americans were genetically superior to Caucasians. Is that correct?” Cornyn said, referencing a piece Clarke had written.

“No, Senator. I believe you are referring to an op-ed that I wrote at the age of 19 about the Bell Curve theory, a racist book that equated DNA with genetics and race,” said Clarke. “As a black student at Harvard that time, we took grave offense to this book. It was co-authored by a Harvard professor. We held a number of events to speak out against the book, and this op-ed opened with a satirical reference to the statement that you just noted.”

“So, this was satire?” Cornyn asked. “And where was that published?”

“In the student paper, The Harvard Crimson,” Clarke said. “There’s contemporaneous reporting from that time ― from that day ― that makes clear that these were not views that I espoused, Senator.”