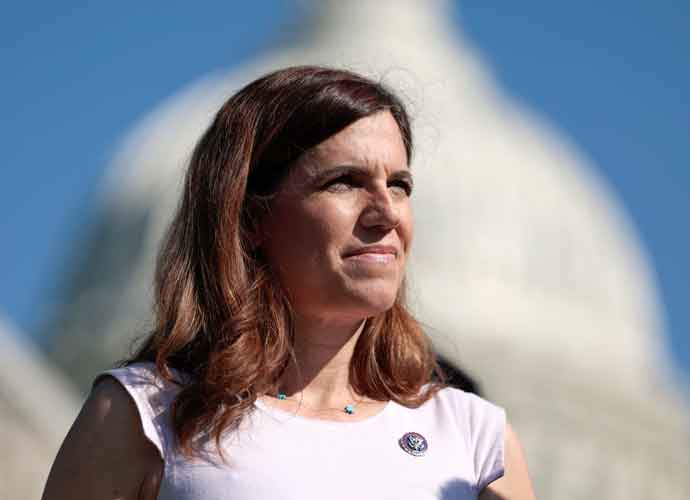 WASHINGTON, DC - MAY 19: Rep. Nancy Mace (R-SC) speaks at a press conference on the introduction of the “Active Shooter Alert Act 2022,” outside of the U.S. Capitol Building on May 19, 2022 in Washington, DC. The proposed bipartisan legislation would create a system similar to the AMBER Alert for law enforcement to alert the public to active shooters in their community. (Photo by Anna Moneymaker/Getty Images)

Two South Carolina Congress members who spoke out against President Donald Trump as he faced his second impeachment ran for reelection and got two different results.

Rep. Nancy Mace (R) advanced to the general election in the 1st District in November while Rep. Tom Rice lost to Trump-endorsed state Rep. Russell Fry in the 7th District.

Rice, who was a five-term Congressman, was a reliable Trump supporter before last year’s January 6 Capitol riots and voted with the former president 90% of the time. However, he was also one of the 10 Republican House members who voted for his impeachment following the insurrection. He continued public criticism of Trump into President Joe Biden‘s presidency, even claiming that he wished he had voted to certify Biden’s 2020 win. Fry gained 51.1% of the vote to Rice’s 24.6%, clearing the 50% threshold needed to avoid a runoff. Fry is set to face off against Democratic candidate Daryl Scott.

Trump has made it clear that he wants to unseat any Republican who disagrees with him. When Rice’s defeat became clear, he commented that another political opponent, Rep. Liz Cheney (R-Wyoming) who is on the House select committee investigating the Capitol attack, would be ousted similarly to Rice.

“Same thing’s going to happen in Wyoming to Virginia ‘resident’ Liz Cheney, that happened in South Carolina to Congressman ‘Impeach Master’ Tom Rice, who lost as an incumbent by 28 points!” Trump said in a post on his social media platform, Truth Social.

Mace beat out former Rep. Katie Arrington, who was backed by Trump by garnering 53% of the vote. Although Mace did not vote for Trump’s impeachment, she criticized him following the Capitol attack. Later, she rescinded her statements. She will face unchallenged Democratic candidate Annie Andrews in November.