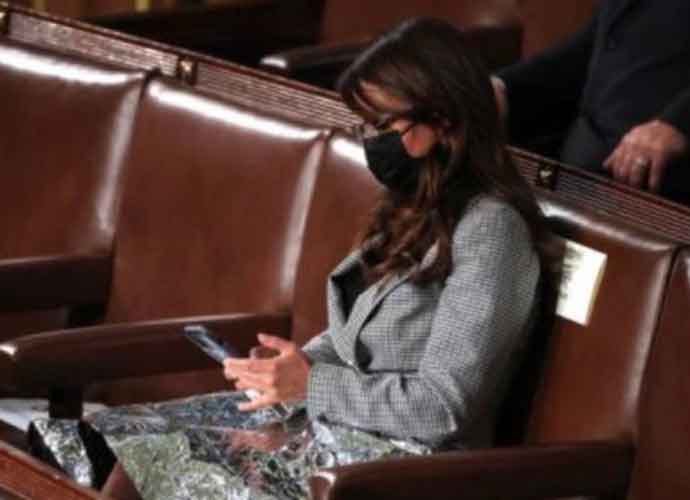 During President Joe Biden‘s address to Congress on Wednesday, Rep. Lauren Boebert (R-Colorado) pulled out a space blanket and laid it over her lap.

According to a spokesperson for Boebert, the blanket, which drew attention to Boebert because of the noise it made in the middle of the speech, was brought out to highlight the recent flow of migrants at the U.S.-Mexico border.

“President Biden did not address or bring attention to the crisis at our southern border. So Rep. Boebert did,” Boebert’s spokesperson said.

Boebert, one of 40 House Republicans present for the speech, tweeted 30 times, sending out her live reactions to Biden’s words.

She reacted to the social distancing measures of the event, referenced Hunter Biden, the president’s son, and talked about the migrants at the U.S.-Mexico border.

During his speech, Biden urged lawmakers to pass immigration reform and “get at the root of the problem of why people are fleeing to our southern border” from countries like Guatemala, Honduras and El Salvador.

Boebert called Biden a “left-wing extremist” in a statement to Insider, saying he “didn’t talk about the things that the American people needed him to address.”

“My reaction to the speech can be summed up in four words: I miss President Trump,” Boebert said in the statement.

Swalwell on the "intelligence" committee.

Cuomo overseeing the COVID response with other governors.

Kamala-in-Chief is the Border Czarina.

This timeline is ruined.