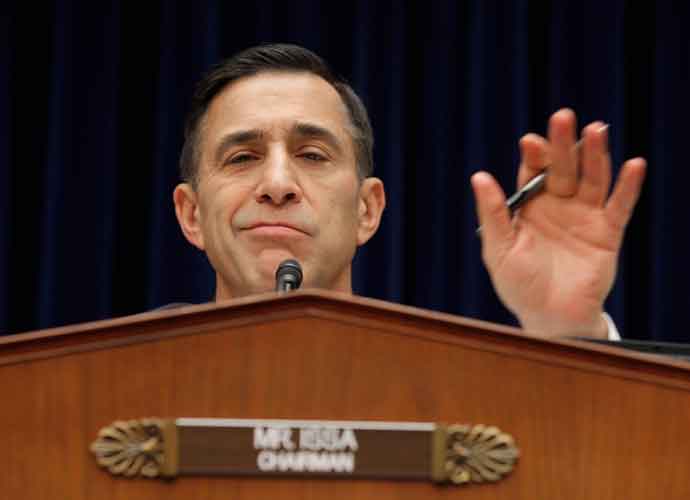 The accusation came three days after Rep. Elyse Stefanik (R-New York) signaled that her party would subpoena the President’s son if they won back control of the House in November and after the New York Times substantiated the New York Post‘s reporting, over a year after the initial report, of a hard drive from the Hunter Biden’s computer given to them by Donald Trump lawyer Rudy Giuliani.

GOP members have been demanding an explanation from the Times for letting the rumor that the content on Hunter Biden’s computer, which was linked to suspicious foreign business dealings, was just “Russian disinformation.”

Issa sent out preservation letters to those with information involved in the Post’s original reporting of the hard drive’s content, including then-Twitter CEO Jack Dorsey and Meta CEO Mark Zuckerberg, back in October 2020.

“Well one of the reasons I sent the preservation letters is that those notices if you then destroy evidence, are in fact evading Congress and suppressing evidence,” Issa said on Fox News Sunday. “We’ve had that in the past. Obviously, we had that with Hillary Clinton at her attempt to destroy all the evidence of her illegal activities.”

“But the other part of it is, that because this involves so many companies such as Facebook, Twitter, and so on, they took down the New York Post, there was clearly a conspiracy to, if you will, cover up the wrongdoing of the president and his family just before an election that he had to win and did win,” he added referring to Facebook and Twitter’s censorship of the link to the Post‘s story for multiple weeks leading up to the 2020 election.