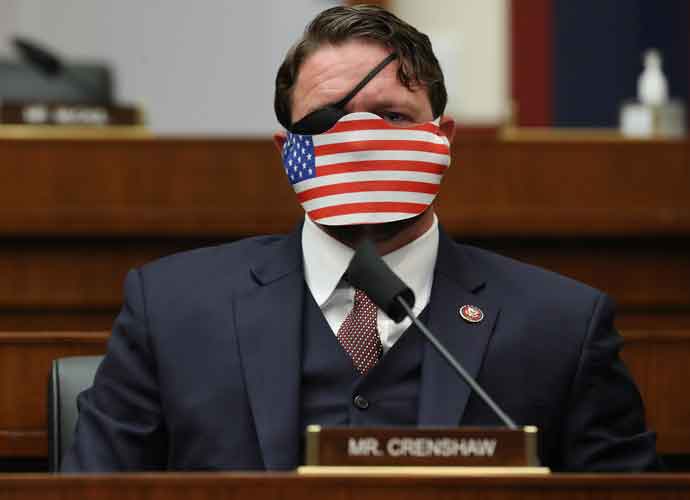 United States Rep. Dan Crenshaw (R-Texas) blasted his conservative colleagues in the House Freedom Caucus as “grifters” and “performance artists” over their voting records during a speech at a Texas Liberty Alliance Political Action Committee event over the weekend.

“I’ve been in Congress for almost three years now. There are two types of members of Congress. There is performance artists and there is legislators. Now the performance artists are the ones who get all of the attention, the ones you think are more conservative because they know how to say slogans real well. They know how to recite the lines that they know our voters want to hear,” said Crenshaw, an Afghanistan War veteran and Navy SEAL.

“He was number two. You know who’s at the bottom? Everybody in the Freedom Caucus. All of them,” Crenshaw added of the right-wing coalition, many of whose members hail from Texas.

“What you hear so often is not true. It’s not true. We have grifters in our midst. Not here, not in this room, that’s not what I mean. I mean in the conservative movement,” the Congressman charged. “Lie after lie after lie, because they know something psychologically about the conservative heart. We’re worried about what people are going to do to us, what people are going to infringe upon us, that’s the nature of conservatism!”

Watch below courtesy of Ron Filipkowski: