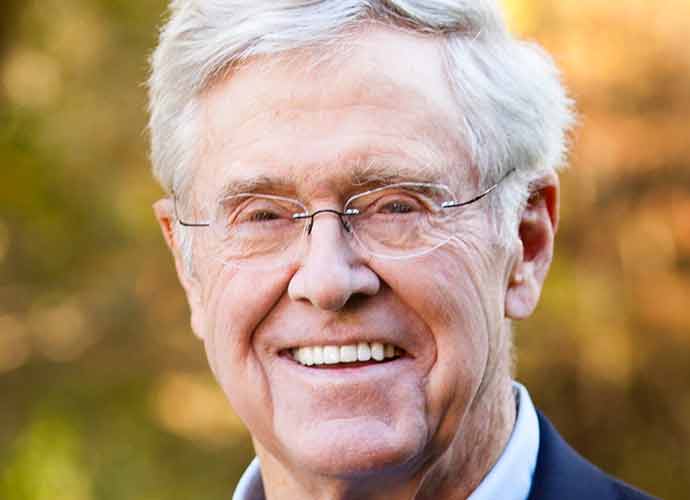 GOP Megadonor Charles Koch Regrets His Support For ‘Partisan’ Politics: ‘Boy, Did We Screw Up!’

GOP megadonor Charles Koch said he regretted being a “partisan” and looks forward to repairing the political divide.

As one of the biggest funders for the GOP and a major donor to a number of  conservative organizations, Koch announced that he will be focusing more on poverty, homelessness and gang violence.

Koch recently published his new book Believe in People: Bottom-Up Solutions for a Top-Down World. One of the lines he wrote in the book is, “Boy, did we screw up! What a mess!”

In the fundraising periods leading up to the 2020 election, Koch donated approximately $2.8 million to the GOP while only donating $221,000 to Democrats.

“I hope we all use this post-election period to find a better way forward,” Koch added. “Because of partisanship, we’ve come to expect too much of politics and too little of ourselves and one another.”