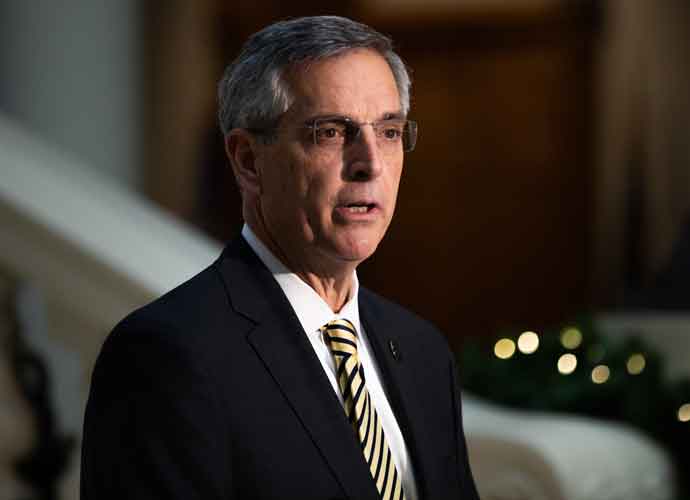 Brad Raffensperger, Georgia's secretary of state, speaks during a news conference at the Georgia State Capitol in Atlanta, Georgia, U.S., on Monday, Dec. 14, 2020. Electoral College members from the battleground states of Pennsylvania, Wisconsin, Georgia and Arizona cast their official votes for Democrat Joe Biden on Monday, a moment some Republican lawmakers have said should mark the end of President Donald Trump's attempts to overturn the results. Photographer: Dustin Chambers/Bloomberg via Getty Image)

“The special purpose grand jury shall be authorized to investigate any and all facts and circumstances relating directly or indirectly to alleged violations of the laws of the State of Georgia,” Fulton County Superior Court Chief Judge Christopher Brasher wrote in the order.

The jury will be seated on May 2 and can operate for up to a year.

Willis’ probe is centered around a Jan. 2, 2020 phone call between Trump and Georgia Secretary of State Brad Raffensperger (R). Raffensperger previously refused to cooperate with the investigation unless he was subpoenaed, which Willis can now do. Raffensperger said in an interview with Fox News last week that he would “follow the law and come before a grand jury and testify.”

“I didn’t say anything wrong in the call, made while I was President on behalf of the United States of America, to look into the massive voter fraud which took place in Georgia,” Trump said.

Some are upset that the DA’s office is putting its resources towards investigating Trump instead of focusing on the 11,000 criminal cases that have been backlogged since the pandemic. The special grand jury will be able to take the Trump case and let the two regular grand juries focus on those cases, Brasher said

Willis said the decision to prosecute Trump will come in the first half of the year.

“We’re going to just get the facts, get the law, be very methodical, very patient and, in some extent, unemotional about this quest for justice,” Willis said earlier this month.