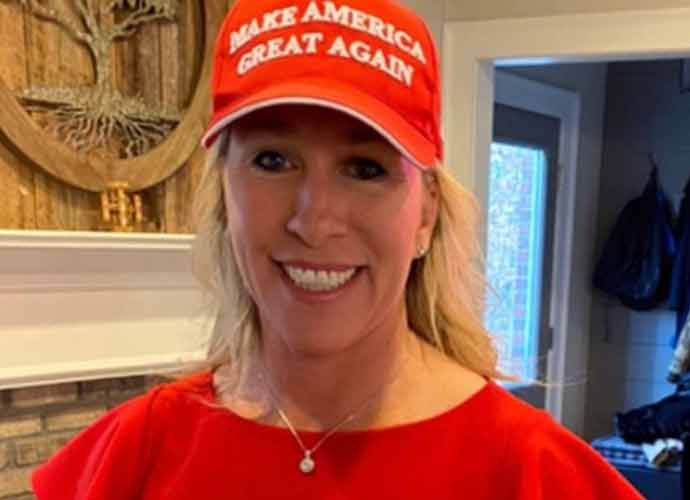 Marjorie Taylor Greene, a Republican running to represent Georgia’s 14th Congressional District, was slammed on Sunday for racist and xenophobic comments she made during 2018.

“When you’re a Republican, and you’re unapologetically conservative, you’ll get called a racist even if its unwarranted,” said Greene in response to videos that showed her calling the 2018 midterm elections an “Islamic invasion of our government,” comparing Black Lives Matter protesters neo-Nazis and telling black voters to be “proud” to see Confederate monuments.

Greene also faced criticism for calling the debunked QAnon conspiracy theory “a once-in-a-lifetime opportunity to take this global cabal of Satan-worshiping pedophiles out.” Among other things, the theory includes the belief that a group of prominent citizens who run a child sex trafficking ring is working to undermine the Trump presidency.

Greene received the most votes during the Republican primary to replace the retiring Rep. Tom Graves (R-Georgia). However, she failed to secure the majority vote required for the nomination.

Prominent Republicans have begun to endorse her GOP challenger, neurosurgeon John Cowan, over concerns that her controversial views could embarrass the party.

The runoff election is set for Aug. 11 and the winner will go on to face Democrat Kevin Van Ausdal in the general election.