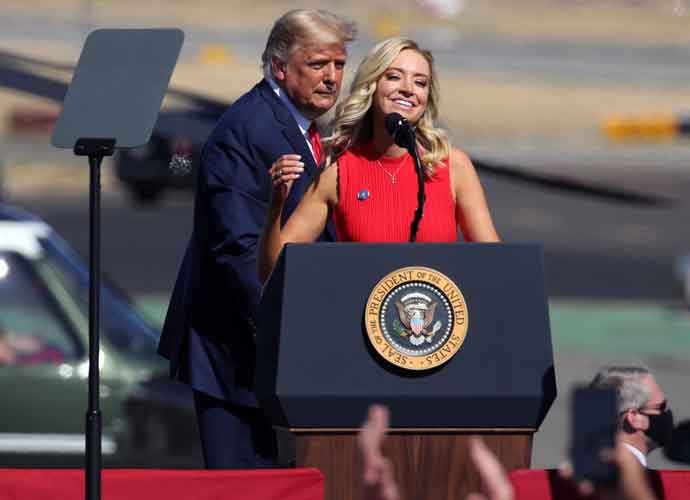 McEnany said she was speaking in her personal capacity, before going on to state that Republicans had “only begun the process of obtaining an accurate, honest vote count.”

“You don’t take these positions because you want an honest election,” she said.

Fox News then cut away from their coverage of the conference, and host Neil Cavuto critiqued her lack of evidence in remarks to viewers.

President Donald Trump has refused to concede the presidential election, instead launching a series of lawsuits and promoting rhetoric, like McEnany’s, that calls the integrity of the results into question.

Later in the press conference, the remainder of which was not aired on Fox News, McEnany answered a reporter’s question about whether she knew if illegal votes were cast.

“What we are asking for right now is patience as we explore these equal protection claims among others,” McEnany responded.

There is no evidence of widespread voter fraud and the claims, as well as the lawsuits, are largely seen as a hail Mary effort by the Trump administration to retain power. Fox News’ decision to cut away from the press conference marked a major shift in the network’s coverage of the administration, as it had almost always broadcasted White House news conferences in full.