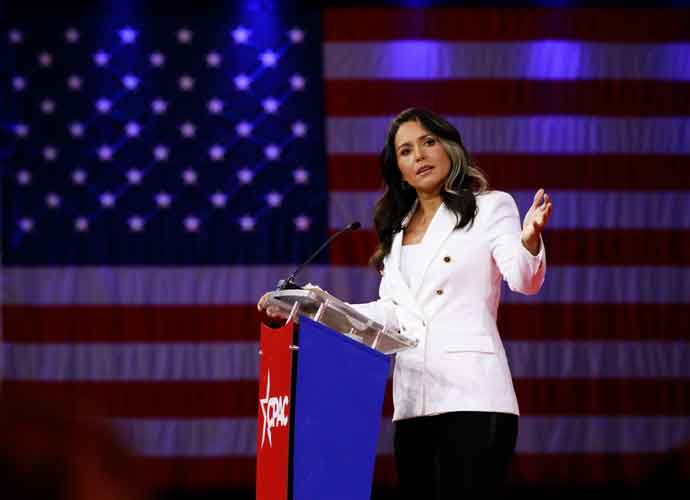 Former Rep. Tulsi Gabbard (D-Hawaii) was labeled “traitorous” after tweeting a video on Sunday that claimed the U.S. funds bio labs in Ukraine to “conduct research on dangerous pathogens.” Her video echoed claims pushed by Russia.

She went on to say that the pathogens could be “breached or compromised,” which would endanger the whole world. She called for the bio labs to be shut down.

There are 25+ US-funded biolabs in Ukraine which if breached would release & spread deadly pathogens to US/world. We must take action now to prevent disaster. US/Russia/Ukraine/NATO/UN/EU must implement a ceasefire now around these labs until they’re secured & pathogens destroyed pic.twitter.com/dhDTH5smIG

A New York Times fact-check found Gabbard’s claims “baseless,” and the White House and NATO have warned that the Russian-backed conspiracy could be a cover for an attack of their own.

“As we have said all along, Russia is inventing false pretexts in an attempt to justify its own horrific actions in Ukraine. The United States does not own or operate any chemical or biological laboratories in Ukraine,” said State Department spokesman Ned Price Thursday.

“Her treasonous lies may well cost lives,” he added.

Gabbard responded in a Twitter thread by calling Romney to resign from the Senate if he could not disprove her theory.

.@MittRomney, you have called me a ‘treasonous liar’ for stating the fact that “there are 25+ US-funded biolabs in Ukraine which if breached would release & spread deadly pathogens to US/world” and therefore must be secured in order to prevent new pandemics. Bizarrely, …