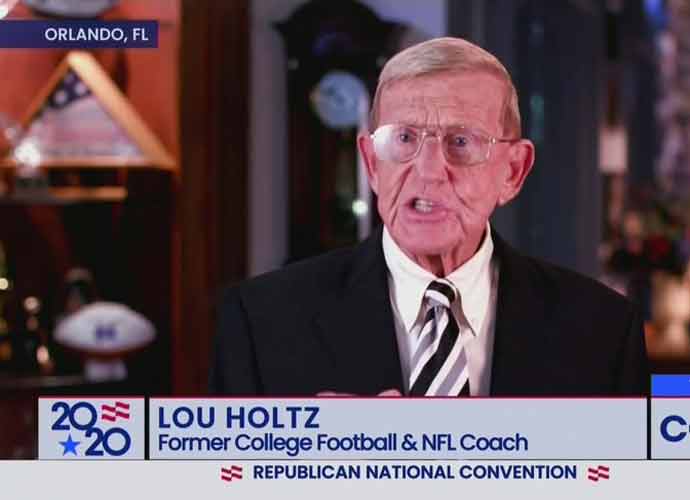 Holtz declared, “The Biden-Harris ticket is the most radically pro-abortion campaign in history. They and other politicians are ‘Catholics in name only’ and abandon innocent lives.”

Biden’s Roman Catholic faith has been a central tenet of his life and political career for decades. The Democratic presidential nominee frequently shares how his faith steered him through difficult times, like when his son Beau Biden died of brain cancer in 2015 and continues to help him daily.

“All my life I’ve made my choices based on these three words,” he said. “I used these rules to make choices about everything – my beloved wife of 59 years, athletes I coached, and of course, politicians, even President Trump… I ask myself three things: One – can I trust them? … Are they committed to doing their best? … Do they care about others? ”