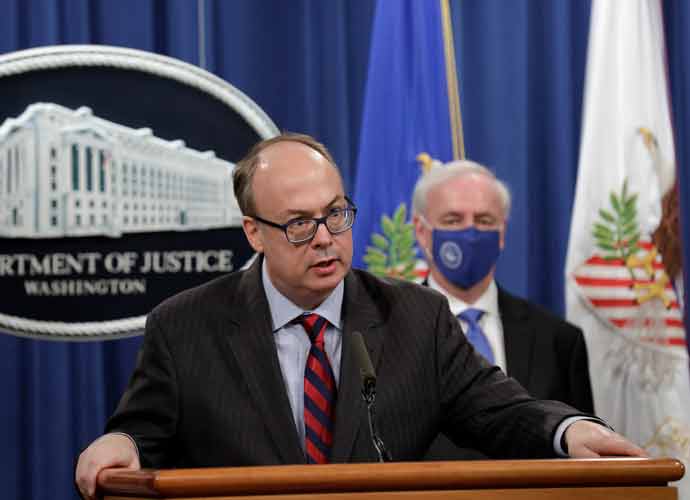 WASHINGTON, DC - OCTOBER 21: Acting Assistant U.S. Attorney General Jeffrey Clark speaks next to Deputy U.S. Attorney General Jeffrey Rosen at a news conference, where they announced that Purdue Pharma LP has agreed to plead guilty to criminal charges over the handling of its addictive prescription opioid OxyContin at the Justice Department on October 21, 2020 in Washington, DC. (Photo by Yuri Gripas-Pool/Getty Images)

On Tuesday, a group of top legal officials issued a joint complaint to the D.C. Court of Appeals’ disciplinary panel requesting a probe of Jeffrey Clark, a former Department of Justice (DOJ) official, for allegedly attempted to use his position to overturn the presidential election result last year.

“Mr. Clark made false statements about the integrity of the election in a concerted effort to disseminate an official statement of the United States Department of Justice that the election results in multiple states were unreliable,” reads the complaint. “While his conduct mirrored that of other lawyers who have been sanctioned for false statements, they operated on a considerably more dangerous scale with commensurately greater risk to our democracy.”

Unlike other Trump attorneys spotlighted after the election, Clark has not faced any consequences, such as former New York City Mayor Rudy Giuliani, whose law license has been revoked in New York and D.C.

During his tenure, former President Donald Trump appointed Clark as Assistant Attorney General of the DOJ’s Environment and Natural Resources Division. He was said to be orchestrating a coup within the DOJ, which was resisting Trump’s efforts to overturn the election.