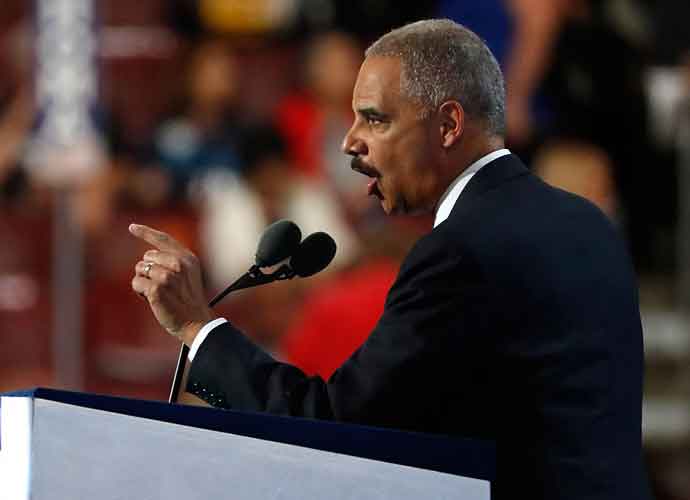 Holder noted Republican Texas Gov. Greg Abbott‘s decision to limit absentee ballot drop box locations to one per county, regardless of the county’s population as “cheating.”

“That is cheating. I defy Greg Abbott, the governor of Texas, to explain a good logical reason why you would have one drop box in Harris County — four million people, bigger than I think the state of Rhode Island — why you would limit it to one drop box,” Holder said, referencing one of the most Democratic-leaning regions in Texas, which encompasses Houston. “You only try to gain partisan advantage. All the other reasons that they put forward are simply nonsense.”

The Texas Supreme Court upheld Abbott’s order on Tuesday, as it “provides Texas voters more ways to vote in the November 3 election than does the Election Code.”

Abbott did work to institute other COVID-19 voting accommodations, including extending in-person early voting by a week — and some of those early voting sites were open 24 hours.

Beyond Texas, however, mail-in voting has faced numerous challenges at the Supreme Court in recent weeks. The eight justices ruled against a Wisconsin rule change that would have allowed ballots postmarked by Election Day to be counted up to six days following the election. In contrast, the court rejected Republicans’ bids in both North Carolina and Pennsylvania to overturn similar extensions.

Holder sees the legal battles as attempts “to make it difficult for people who they perceive to be Democrats to cast votes.”

“It is seeing that the Republican Party wants to limit the number of people who want to vote,” he continued. “Democrats are trying to get as many people to vote and have as many votes counted as is possible.”

The newly appointed Amy Coney Barrett, who is almost certain to add to the conservative makeup of the court, has not heard any cases pertaining to election extensions yet. Holder said he is worried about her potential impact if the presidential election is contested and handed over to the Supreme Court, much like in Bush v. Gore.

Holder said, “I think we want to make sure that we get our ballots in and our votes in so we don’t leave it to the court to make any decisions here.”