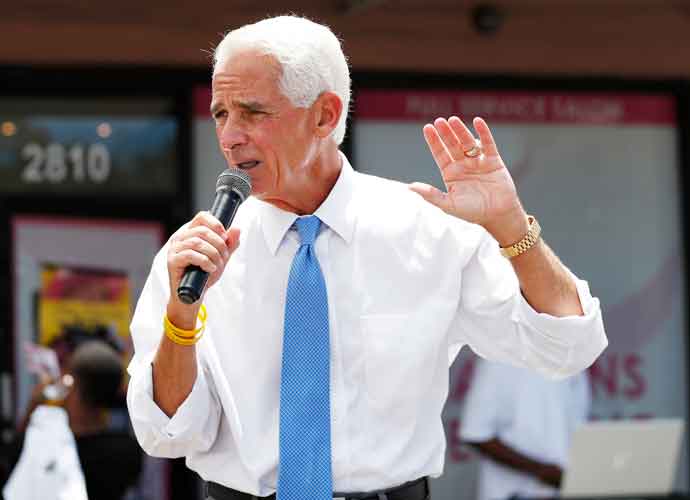 Rep. Charlie Crist (D-Florida) announced Tuesday that he will be running for governor as a Democrat hoping to overthrow incumbent Gov. Ron DeSantis. Crist previously served as governor as a Republican.

“We can build a Florida for all Floridians. We can create a society that values every person. We can break the fever of division and hatred that has afflicted our politics,” Crist said in a speech announcing his candidacy.

“He’s failed to lead during the greatest health and economic crisis of our lifetime,” Crist said of DeSantis, further criticizing the governor for accepting advice from “quacks and conspiracy theorists” before medical experts.

Crist asserted his position as a progressive Democrat, having formally switched parties earlier in his career. “We will listen to our fellow Floridians,” Crist said. “Whether it’s fully legalizing marijuana, raising the minimum wage to $15 dollars an hour, strengthening background checks, banning assault weapons – all of these things need to be done to have true justice in our state and in our country.”

Crist also slammed DeSantis, suggesting the governor was “more focused on his personal political fortune,” since DeSantis has been hinting at his 2024 presidential aspirations for the past several months.

DeSantis shrugged off Crist’s announcement, saying is a Vero Beach press conference, “What party is he going to run in this time? I mean he’s lost as a Republican-independent-Democrat. But, you know, I looked up, he’s voting with Nancy Pelosi 100% of the time in Congress. I thought, heck, maybe he gives the Green Party a chance. He’s certainly voting that way. So we’ll see what happens.”