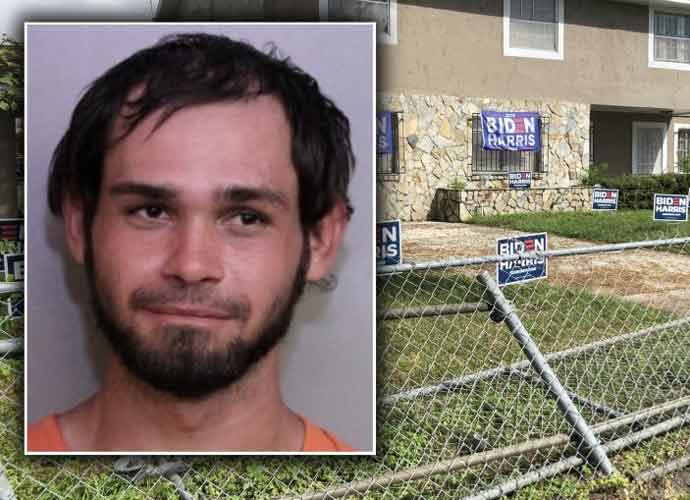 In Haines City, Florida, on Saturday, a white man drove a bulldozer through a predominantly black neighborhood, running over every campaign sign for Democratic candidate Joe Biden for president. The man, 26 year-old James Blight, was charged with both grand theft auto and trespassing, according to the police.

Police soon arrested Blight, who claims that he was drunk and did not remember any of the incident. As of early Monday, he remained in Polk County jail.

This has not been the first political incident in Florida prior to the election. The battleground state has seen other campaign signs in residential yards stolen or destroyed, and occasionally violence has been a result.

There have been incidents in other states as well. In Dalton, Massachusetts earlier this month, a man had constructed a massive Biden-Harris sign made of hay bales, but it was set on fire. In Commerce Township, Michigan, a city employee was instructed to remove Trump signs that violated city code, but sliced his fingers on razor blades someone had attached to the bottom of one sign.

“This man came onto my property, took the two Joe Biden signs I had in my yard, and then came back with a bulldozer to run down my fence,” said Floridian Adam Burgess. “It speaks to the dog whistles that Donald Trump has been putting out his whole campaign. Stand back and stand by and we have guys in bulldozers doing this.”

Burgess, who is black and former vice mayor of Haines City, told Bay News 9 that he believed the incident was racially motivated, “was a hate crime” and that “there needs to be more punishment.” However, Burgess was not scared by the incident, as he and his friends responded by putting up nearly 30 campaign signs for Biden around his home.