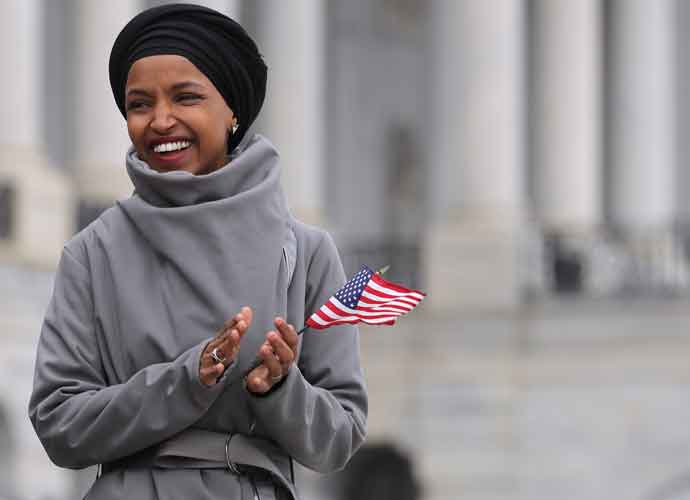 WASHINGTON, DC - MARCH 08: Rep. Ilhan Omar (D-MN) rallies with fellow Democrats before voting on H.R. 1, or the People Act, on the East Steps of the U.S. Capitol March 08, 2019 in Washington, DC. With almost zero chance of passing the Senate, H.R. 1 is a package of legislation aimed at bolstering voting rights, reducing corruption in Washington and overhauling the campaign finance system in an effort to reduce the influence of 'special interests.' (Photo by Chip Somodevilla/Getty Images)

A 67-year-old Florida man pleaded guilty to charges that he threatened to kill Rep. Ilhan Omar (D- Minnesota) in an email in 2019. David Hannon is the suspect behind the all-capped email detailing his hatred towards Omar.

According to Hannon, Omar’s attacks against former President Donald Trump caused him to become enraged. In the email, Hannon titled the subject “You’re Dead, You Radical Muslim.” The email was sent after a news conference Omar held with other lawmakers after Trump’s tweets attacking three minority congresswomen.

“All four of you will die and the American people will cheer! Patriots Against Islam,” Hannon wrote in the email as well.

According to Kristen Clarke, head of the Justice Department Civil Rights Division, “threatening to kill our elected officials, especially because of their race, ethnicity, or religious beliefs, is offensive to our nation’s fundamental values.”

Michael Perry, Hannon’s lawyer, said Hannon “is not a threat to the Muslim community and carries no animosity towards them.”