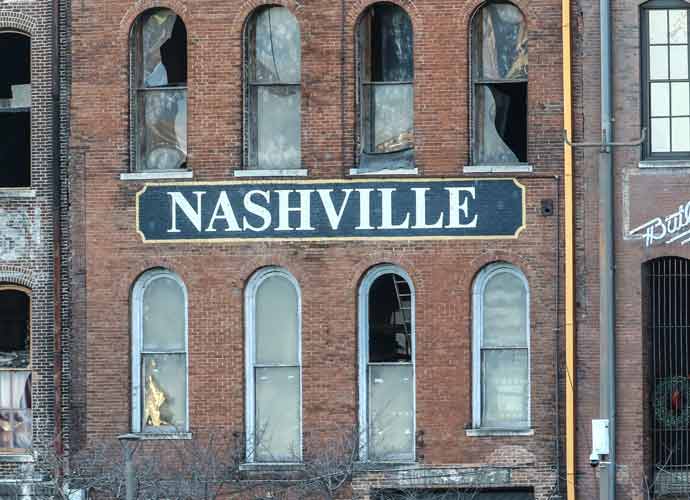 NASHVILLE, TENNESSEE - DECEMBER 25: Police close off an area damaged by an explosion on Christmas morning on December 25, 2020 in Nashville, Tennessee. A Hazardous Devices Unit was en route to check on a recreational vehicle which then exploded, extensively damaging some nearby buildings. According to reports, the police believe the explosion to be intentional, with at least 3 injured and human remains found in the vicinity of the explosion.

Federal investigators said on Saturday that Anthony Quinn Warner was the suicide bomber responsible for the Nashville Christmas Day bombing and was killed in the explosion.

“We’ve come to the conclusion that an individual named Anthony Warner is the bomber. He was present when the bomb went off and then he perished,” said Don Cochran, U.S. attorney for the Middle District of Tennessee, at a news conference.

Federal officials offered details into the investigation on Saturday, saying that it included hundreds of federal agents. All of them followed the 500 leads that the government spelled out to them Friday. As of Saturday afternoon, the officials were still desperately attempting to uncover whether Warner acted alone.

On Saturday morning, agents of Federal Bureau of Investigation (FBI) and Bureau of Alcohol, Tobacco, Firearms and Explosives agents started searching a brick duplex in Antioch, which borders the Nashville area.

“Our investigative team is turning over every stone,” Douglas Korneski, the special agent in charge of the F.B.I. field office in Memphis, said in a news conference on Saturday, “to make sure we know as many details as possible to answer the question of who is responsible for this, and also to understand why did they do this.”

The car bombing left at least three people injured, destroyed several properties on the block, set several other vehicles on fire and knocked out wireless service in most of the region.

On Saturday, it appeared the investigation was still in its developing stages, as federal investigators whistled off questions about the ATT&T building being a potential target and instead focused on finding the car bombers.