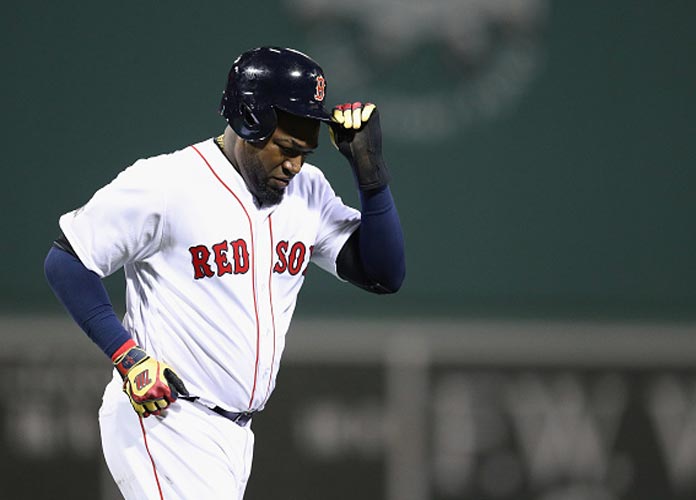 BOSTON, MA - OCTOBER 10: David Ortiz #34 of the Boston Red Sox reacts after the second inning against the Cleveland Indians during game three of the American League Divison Series at Fenway Park on October 10, 2016 in Boston, Massachusetts. (Photo by Maddie Meyer/Getty Images)

A fan, yet unidentified, was asked to leave Fenway Park in Boston on Monday after he opened up a banner that read: “Trump Won Save America.”

According to a spokesperson from the park, he was kicked out because he violated a policy at the Red Sox game. The policy states that signs are not allowed to be displayed on or affixed to the ballpark.

When he was ejected, some fans at the game applauded his departure while others seemed to boo his banner.

Sounded like the entire crowd was booing until security confiscated the banner, which then resulted in a loud cheer. pic.twitter.com/m56kjgkJ9W

The incident happened during the fourth inning when trainers were preparing pitcher Zach Thompson for his turn. The Red Sox went on to win over the Miami Marlins. Meanwhile, Thompson, after throwing some pitches, exited the game because of an apparent injury.

An incident of a similar kind also took place at Yankee Stadium in May, where a fan was escorted out, leaving the audience in a similarly enraged state.

Former President Donald Trump has made repeated false claims that the 2020 election was rigged in the Democrats’ favor. Trump, and his strong fanbase, have blamed loss on disproven claims of widespread election fraud.