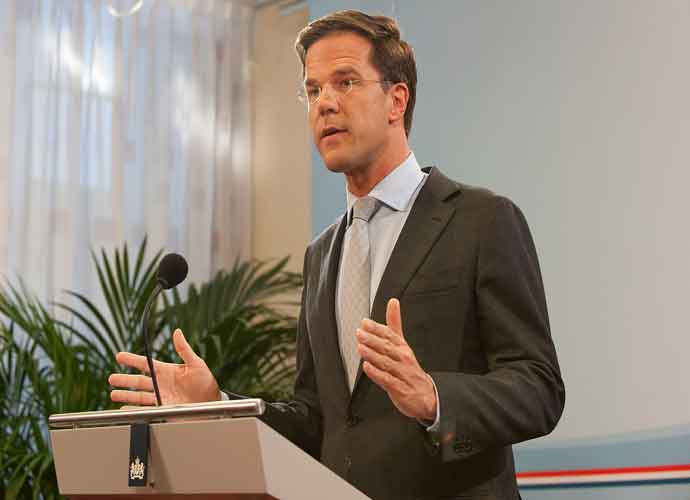 This marks the first time a European leader has met with the president since the start of the trade conflict. Back in May, Trump declared tariffs of up to 25% on steel and aluminum imports from U.S allies including Mexico, Canada and the E.U. The E.U. later retaliated with its own tariffs on 340 American products.

In response, Trump chose to further escalate tensions by threatening the EU with a 20% tariff on all European cars.

Based on the Tariffs and Trade Barriers long placed on the U.S. & its great companies and workers by the European Union, if these Tariffs and Barriers are not soon broken down and removed, we will be placing a 20% Tariff on all of their cars coming into the U.S. Build them here!

The E.U. has since retaliated by threatening the U.S. with potential auto tariffs with its own further counter measures worth up to $300 billion. Throughout the meeting, Trump claimed he was “very close” to reaching a number of “fair trade deals for our taxpayers, and for our workers and for our farmers.” He also noted the possibility of the deals not working out, to the dismay of Prime Minister Rutte.

“Well, just think about those cars that pour in here, and we’ll do something, right?” Trump responded with reference to his auto tariff.

But, Rutte remained steadfast in his conviction.

“It’s not positive,” finished Rutte. “We have to work something out.”

Rutte later emphasized the importance of their joint cooperation, noting how “the relationship between the Netherlands and the United States is over 400 years old.”

“We are allies,” pushed Rutte.

Throughout the meeting, Trump also threatened the World Trade Organization (WTO). When asked if he planned to pull out, Trump claimed he wasn’t “planning anything now.” He warned however that “The WTO has treated the United States very, very badly” and if they don’t “change their ways… we will be doing something.”

Check out the interaction below:

TRUMP: “— just think about those cars that pour in here.”

RUTTE: “It’s not positive. We have to work something out.” pic.twitter.com/KGDCkUKDSP