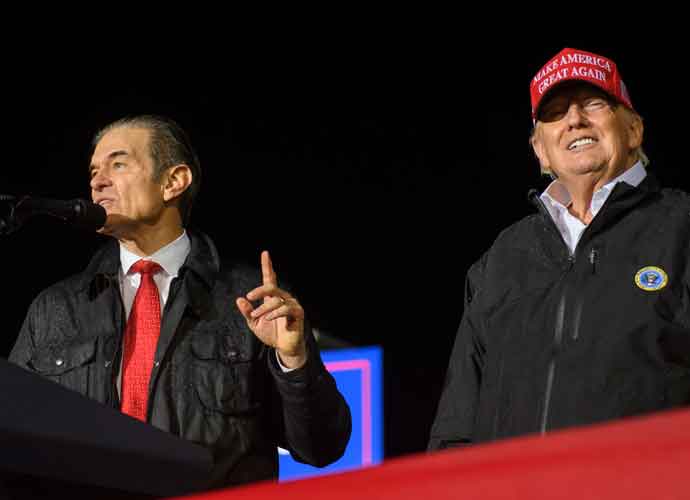 “I was exhausted. When you’re campaigning 18 hours a day you, listen, I’ve gotten my kids’ names wrong as well. I don’t think that’s a measure of someone’s ability to lead the commonwealth,” Oz told Newsmax on Wednesday in response to wrongfully calling the grocery store “Wegners,” which seemed to be a combination of Pennsylvania staples “Redner’s” and “Wegmans.”

“My wife wants some vegetables for crudité,” Oz can be seen saying in the video as he picked up vegetables, guacamole and salsa from the produce aisle. “Guys, that’s $20 for crudité, and that doesn’t include the tequila. I mean, that’s outrageous. And we’ve got Joe Biden to thank for this.”

Oz’s opponent in the closely watched race, Democrat John Fetterman, quickly capitalized on the video in their efforts to show Oz as out of touch with Pennsylvania voters.

“In PA we call this a… veggie tray,” he quipped.

In PA we call this a… veggie tray https://t.co/nDp0Uw27zd

The Fetterman campaign reported Tuesday that they had fundraised over $500,000 off the video. A sticker that reads, “Wegners: Let Them Eat Crudité” brought in $65,000 on its own.

Oz has been criticized for running for office in Pennsylvania since until recently, he was a resident of New Jersey.

The former TV doctor, however, says that he can relate to Pennsylvanians.

“I rolled my sleeves up my whole life,” he told Newsmax. “I’ve taken care of patients, saved lives, invented devices. I’ve started foundations where we take care of tens of thousands of teens around the country trying to help wherever I can. That’s what my life’s been about.”

“We’ll do whatever we need to do to make sure that people of Pennsylvania respect what we’re about and then we’re going to work as hard as we can to fix their problems,” Oz added.