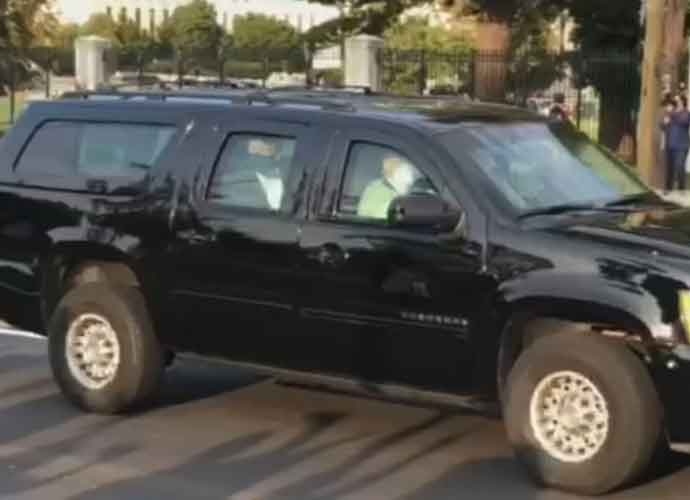 Dr. James Phillips, an emergency doctor at Walter Reed National Military Medical Center, has been removed from his duties after publicly criticizing Donald Trump‘s limo drive-by around the hospital after he was diagnosed with COVID-19.

Phillips had called the President’s drive-by “completely unnecessary,” and said Trump put lives at risk for “political theater” in a tweet he since deleted in October.

“That Presidential SUV is not only bulletproof but hermetically sealed against chemical attack,” he tweeted then. “The risk of COVID19 transmission inside is as high as it gets outside of medical procedures. The irresponsibility is astounding. My thoughts are with the Secret Service forced to play.”

Phillips worked his final shift at the hospital Sunday, tweeting he would “miss the patients” and thanked the hospital staff for support.

“I’m honored to have worked there and I look forward to new opportunities. I stand by my words, and I regret nothing,” he wrote.

He will continue his work at the George Washington School of Medicine.

Today, I worked my final shift at Walter Reed ER. I will miss the patients and my military and civilian coworkers – they have been overwhelmingly supportive. I’m honored to have worked there and I look forward to new opportunities. I stand by my words, and I regret nothing.