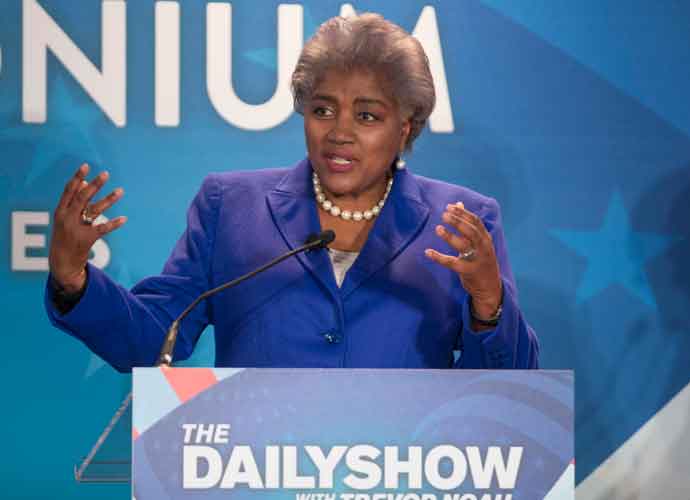 Brazile, who made headlines last year for slipping Clinton the questions meant to be asked at a town hall event between herself and Sen. Sanders, now alleges that Clinton also gained an unfair advantage because her campaign was largely responsible for financing the party before the primaries had begun.

The DNC had incurred a massive debt, according to Brazile, during the Obama presidency. In an excerpt from her forthcoming book, Brazile recalls a phone call between herself and then-Clinton chief financial officer Gary Gensler, “he told me the Democratic Party was broke and $2 million in debt,” she said.

“Hillary for America and the Hillary Victory Fund (its joint fundraising vehicle with the DNC) had taken care of 80 percent of the remaining debt in 2016, about $10 million, and had placed the party on an allowance.”

Brazile added that although the arrangement “was not illegal,” that “it sure looked unethical.”

“If the fight had been fair, one campaign would not have control of the party before the voters had decided which one they wanted to lead. This was not a criminal act, but as I saw it, it compromised the party’s integrity,” Brazile added.

What is customary — when there is no incumbent running — is that after the party has chosen its nominee, then the nominee’s staff begins to exercise greater control over the party’s affairs.

Clinton was able to raise money for both herself and the party through a joint fundraising agreement she had signed back in 2015. Sanders had also signed a similar agreement, however, he hardly utilized it as he relied mostly on small-time donations.

President Donald Trump took to Twitter to ask the Justice Department for an investigation into Clinton’s actions, calling them “a major violation into campaign finance laws and money laundering” adding that “this is real collusion.”

The real story on Collusion is in Donna B’s new book. Crooked Hillary bought the DNC & then stole the Democratic Primary from Crazy Bernie!

Sanders former campaign adviser Jeffery Weaver on Thursday responded to the news by stating that the his campaign had not previously known the “full scope” of the deal brokered between the Clinton camp and the DNC.

“The behavior the DNC engaged in was egregious, undemocratic and it can’t be allowed to happen again,” Weaver said.