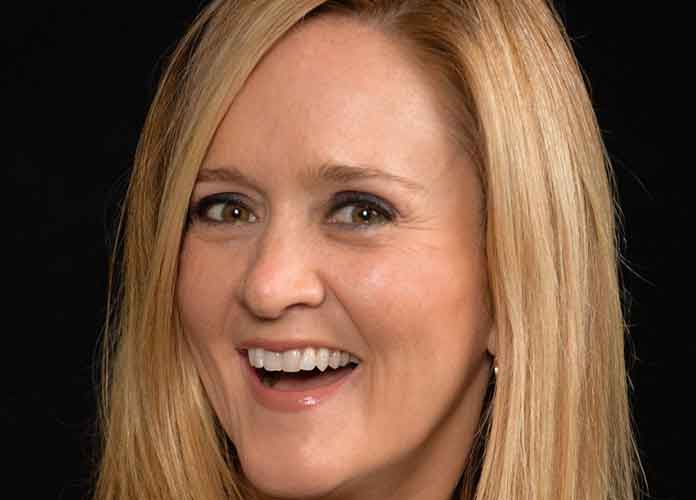 Why aren’t they firing no talent Samantha Bee for the horrible language used on her low ratings show? A total double standard but that’s O.K., we are Winning, and will be doing so for a long time to come!

On Wednesday’s episode of her weekly show on TBS, Bee called the first daughter and presidential adviser a “feckless c—t” when ranting about Ivanka’s inaction on her father’s immigration policies that have caused families and children — including children of refugees seeking asylum — to be separated. Ivanka posted a photo on Twitter over Memorial Day Weekend of her and her young son embracing, and subsequently drew severe backlash for her insensitivity amid reports of 1,500 immigrant children being reported missing. Bee also noted how disgraceful it was for Ivanka to share this photo.

“Put on something tight and low-cut, and tell him it was an Obama thing. See how it works out,” Bee said, urging the first daughter to speak with the president about immigration.

I would like to sincerely apologize to Ivanka Trump and to my viewers for using an expletive on my show to describe her last night. It was inappropriate and inexcusable. I crossed a line, and I deeply regret it.

TBS said in a statement that it did not endorse the type of language the late-night host used.

Many media outlets and reporters, both conservative and liberal-leaning, voiced outrage over Bee’s remarks and noted how it would be a double standard for the comedian not to face any type of consequences. People noted how earlier this week, Trump supporter Roseanne Barr saw her ABC sitcom Roseanne canceled after the star of the show tweeted a racist statement about former Barack Obama aide Valerie Jarrett. Trump later complained about how Bob Iger — the CEO of ABC’s parent company Disney — called Jarrett to apologize but never called him for all the “horrible statements” the network made about the president.

The segment in which Bee made the offensive comment has since been removed from Full Frontal’s YouTube and social media pages. Additionally, two sponsors have dropped Bee over her comments: online car marketplace dealer Autotrader and insurance company State Farm.

“We have asked TBS to suspend our advertising in the program and are reviewing any future placements. We constantly review programs to ensure alignment to our programming guidelines and brand values,” State Farm said in a statement to TheWrap.

Bee, an alum of The Daily Show with Jon Stewart, is the only female late-night cable television comedian. She has heavily mocked and criticized Ivanka several times on her show.