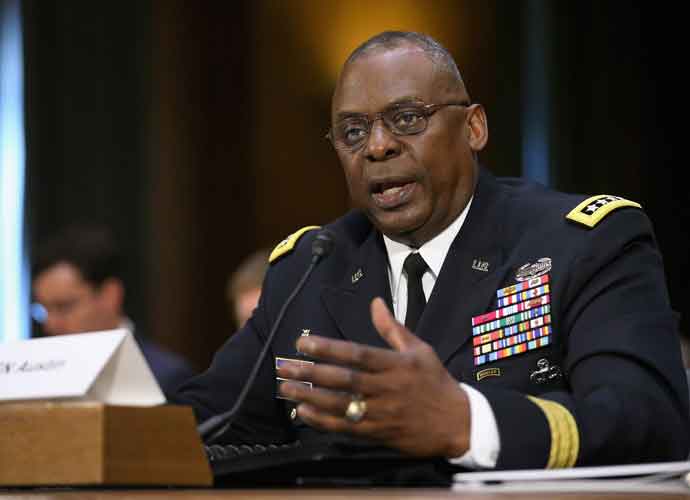 WASHINGTON, DC - SEPTEMBER 16: Gen. Lloyd Austin III, commander of U.S. Central Command, testifies before the Senate Armed Services Committee about the ongoing U.S. military operations to counter the Islamic State in Iraq and the Levant (ISIL) during a hearing in the Dirksen Senate Office Building on Capitol Hill September 16, 2015 in Washington, DC. Austin said that slow progress was still being made against ISIL but there have been setbacks, including the ambush of U.S.-trained fighters in Syria and the buildup of Russian forces in the country. (Photo by Chip Somodevilla/Getty Images)

The U.S. called on Western allies to move “heaven and earth” to provide Ukraine with the weapons and supplies they need to fight off Russia as the focus of the war has shifted to the Eastern and southern borders.

World leaders gathered at the U.S. airbase in Ramstein, Germany, at the request of U.S. Defense Secretary Lloyd Austin on Tuesday to discuss how they could further help Ukraine. Yesterday, the U.S. promised an additional $713 million in foreign military financing.

“My Ukrainian friends, we know the burden that you all carry,” Austin said. “And we know and you should know that all of us have your back. And that’s why we’re here today to strengthen the arsenal of Ukrainian democracy.”

Russia is especially focused on capturing the Donbas region, which was one of the first areas to see Russian occupation before the war started in late February. Towns in the region, like Kreminna, have already fallen to Russia. Austin noted in a Monday press conference that the howitzers the U.S. pledged to Ukraine had arrived and the long-range fire will be useful for fighting in the Donbas region terrain.

Mariupol, Ukraine’s southern port city, continues to be hit hard. It has been decimated as the city has been key for the Russians as they want to take control of the land bridge to Crimea, which they annexed in 2014. Azovstal steel plant, where many civilians were seeking shelter, has been hit with 35 airstrikes in the past day.

“The stakes reach beyond Ukraine and even beyond Europe,” Austin said amid rising concern that the war in Eastern Europe could spill into surrounding countries.

Poland and Bulgaria confirmed today that Russia told them they would cut off the natural gas supply to the two countries beginning on Thursday.