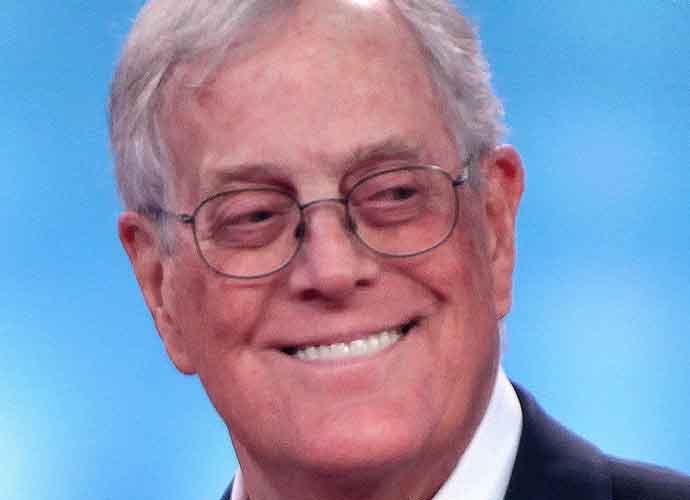 David Koch, the billionaire philanthropist and conservative mega-donor, has died at age 79.

David was the co-owner of Koch Industries, along with his brother Charles. Together, they grew what was once their father’s oil company into a multi-national conglomerate producing and distributing everything from jet fuel to toilet paper. The company made them both multi-billionaires and rocketed them into the list of top 10 wealthiest Americans, and tied for 11th richest worldwide, with assets numbering $42.2 billion.

The death was announced by David’s brother and Koch Industries co-owner Charles Koch, stating; “Twenty-seven years ago David was diagnosed with advanced prostate cancer and given a grim prognosis of a few years to live. David liked to say that a combination of brilliant doctors, state of the art medications and his own stubbornness kept the cancer at bay.”

David and his four brothers were born to Fred and Mary Koch. Fred founded and operated Wood River Oil and Refining Company, which later became Koch Industries. After legal troubles forced him out of the oil market in the U.S., Fred Koch helped set up 15 modern oil refineries in Stalinist Russia, and his experiences there helped solidify his staunch opposition to socialism and his faith in the free market. During this time, he also helped build the third-largest oil refinery in the Third Reich, a project personally overseen by Adolf Hitler.

Since the 1970s, David and his brother Charles, often referred to as “the Koch Brothers,” have been at the heart of right-wing and libertarian politics. In 1980, David ran for vice-president on the Libertarian ticket with Ed Clark on a platform promising to abolish essentially all social programs, including Social Security, corporate taxes, the FBI (among other federal oversight organizations) and government subsidization of industry. They received 1% of the vote nationwide, a record for the party until 2016.

He and his brother have founded dozens of think-tanks and political advocacy groups, forming what has become known as “the Koch network.” It is comprised of hundreds of wealthy donors, all of whom contribute at least $100,000 annually to the network’s beneficiaries, pouring $400 million into U.S. politics since 2016 alone.

Many credit the rise of the Tea Party to the influence of the Koch network, which advocated for a fierce cutback of government programs and regulation. The network also works to remove environmental protections and fight policy aimed at combatting global warming, which would have harmed the family’s fossil fuel empire. David did not believe global warming was occurring.

David left the network last June due to ailing health.

In keeping faith with his libertarian philosophy, David considered himself something of a social progressive. He supported gay marriage, women’s rights (including reproductive rights), the legalization of marijuana and prostitution, and opposed an interventionist foreign policy, preferring that government simply “cut the hell out of spending, balance the budget, reduce regulations, and support business.”

David was also a patron of the arts and a major philanthropic donor. He accredited his passion for philanthropy to surviving a plane collision at Los Angeles International Airport which killed 35 people. He donated heavily to museums, hospitals, and to his alma mater, MIT.