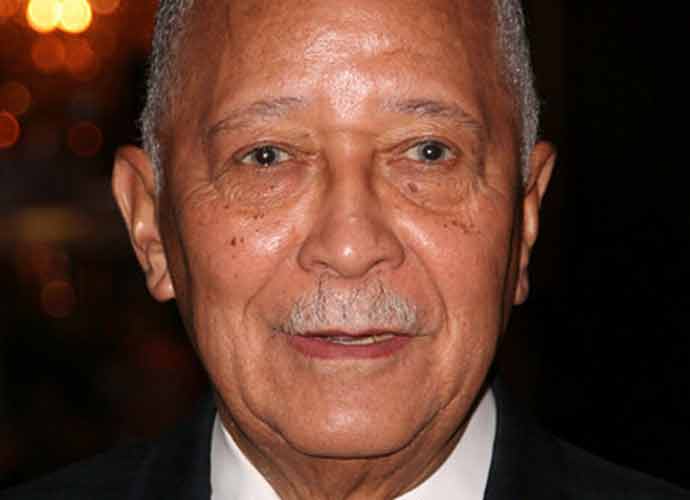 Dinkins held office from 1990 to 1993 and was not re-elected to a second term, believed to be due largely to his handling of a race riot in Crown Heights, Brooklyn.

Dinkins was known for his easy-going, relaxed nature — a far cry from the brashness of his predecessor Ed Koch and successor Rudy Giuliani, whom he defeated in 1989.

As mayor, Dinkins raised taxes to hire thousands of police officers, funded housing, got Walt Disney Corp. to invest in cleaning up Times Square and notably, signed an agreement with the United States Tennis Association granting them a 99-year lease on city land in Queens in return for the building of a tennis facility. The deal effectively ensured the U.S. Open would take place in New York for decades to come.

Dinkins attended Howard University and earned his J.D. from Brooklyn Law School. He joined the State Assembly in 1965, became the first black president of the city’s Board of Elections in 1972 and later served as Manhattan borough president.

Dinkins stepped into the role during a period of unrest.

The city had just experienced a recession, which caused high rates of unemployment and homelessness. Violent crime and murder soared to record rates which only began to trend downwards in the last year of his administration. There were 8,340 people killed during his tenure — the most ever recorded in a four-year period.

And racial tensions were high: Dinkins’ election followed two high-profile cases during the Koch administration the notorious Central Park Five case in which five black teenagers were falsely indicted for the rape of a white jogger.

Dinkins’ election as mayor in 1989 came after two racially charged cases that took place under Koch: the rape of a white jogger in Central Park and the racially motivated murder of Yusef Hawkins, a black 16-year-old, in Bensonhurst.

It was ultimately another racialized event in 1991 that led to his election loss, many historians have noted.

A black 7-year-old was accidentally killed by a car in the motorcade of an Orthodox Jewish leader, causing three days of antisemitic rioting which caused nearly 190 people to be hurt and one rabbinical student to be fatally stabbed.

A 1993 state report cleared Dinkins of allegations that he held back police at the onset of the riots, but criticized him for failing to step up.

In his 2013 memoir, Dinkins blamed the police department for allowing the riots to escalate but wrote that ultimately, “the buck stopped with me.” He denied that the events caused him to narrowly lose arguing that “it was just racism, pure and simple.”

After leaving office, Dinkins became a professor at Columbia University.

He is survived by his son David Jr. and daughter Donna, and two grandchildren.