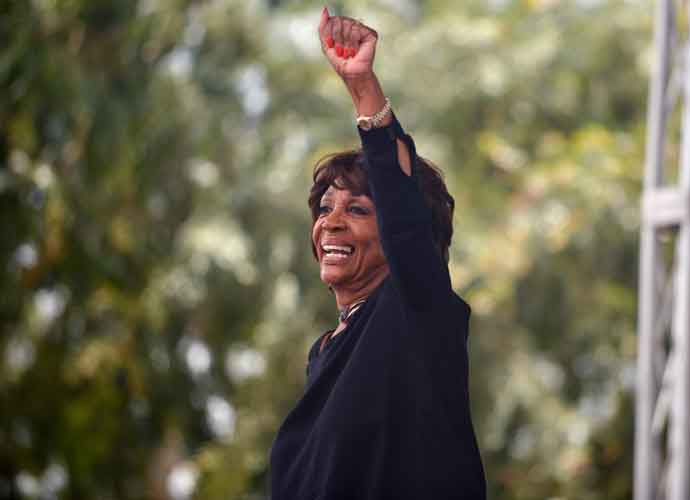 Rep. Maxine Waters (D-California) logged onto Twitter on Sunday and realized that she was trending. Her opponents were upset with her most recent remarks, demanding an investigation into former President Donald Trump and his 2020 campaign for its possible involvement in the January 6 riots.

Logged on to Twitter only to see that my haters have me trending again! Does the truth make you that mad? I’ll say it again: Trump and his campaign must be investigated for the January 6th insurrection. Follow the money!

Waters is one among many Democrats who believe that Trump incited the insurrection. At the rally, some Trump supporters were heard expressing their desire to overthrow the U.S. government and could be heard chanting “hang Mike Pence.”

While the Trump campaign continues to deny any involvement in the riots, Waters points to “concerning” evidence in FEC filings that reveals that the Trump campaign paid over $2.7 million to the people who helped organize the rally.

Take a look at all of the people listed on the National Park Service permit for the January 6 rally that led to the attack on the Capitol. It should be concerning that FEC reports show the Trump Campaign, at some point, paid over $2.7 MILLION to people who helped organize Jan. 6!

Trump was impeached for the second time in the House for inciting the Capitol riot but was acquitted in the Senate. Hundreds of participants have been arrested for their involvement in the insurrection.

Liz Harrington, a spokesperson for Trump, said on Monday: “The Trump campaign had no role on January 6 and did not organize, operate, or finance the rally. Maxine Waters has a long history of inciting radical left-wing mobs to riot and attack members of the Trump administration.”