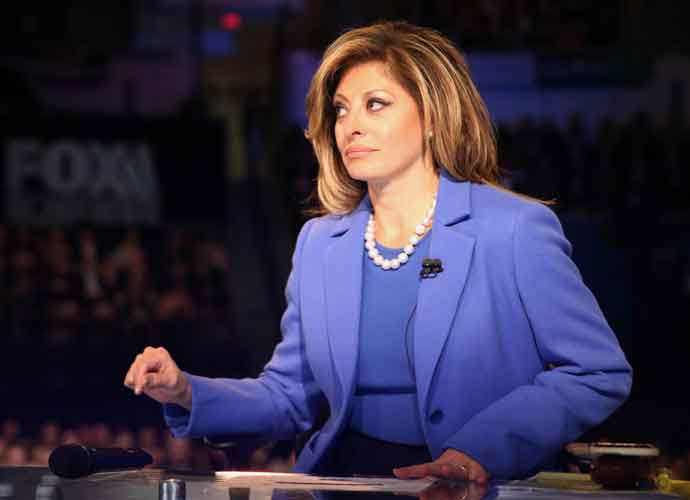 NORTH CHARLESTON, SC - JANUARY 14: Maria Bartiromo, moderator of the Fox Business Network Republican presidential debate arrives on stage at the North Charleston Coliseum and Performing Arts Center on January 14, 2016 in North Charleston, South Carolina. The sixth Republican debate is held in two parts, one main debate for the top seven candidates, and another for three other candidates lower in the current polls. (Photo by Andrew Burton/Getty Images)

Fox News host Maria Bartiromo conducted an interview on Sunday with Sen. Ron Johnson (R-Wisconson) and offered words of encouragement to her oppositionists: “Keep trashing me! I will keep telling the truth.”

That comment came in response to being subjected to fierce criticism for promoting former President Donald Trump‘s election conspiracy theories.

During the interview, she pointed to the “Russia hoax,” “Hunter Biden’s laptop” and the “armed insurrection” as several examples that, in her mind, are instances of liberal “misinformation.”

One of her more inflammatory suggestions was that the Capitol riot on January 6 should not really be considered an “armed insurrection.”

“Armed insurrection is what Nancy Pelosi keeps calling Jan. 6, Senator,” Bartiromo told Johnson. “How many guns were actually taken up on that day since she says it was armed?”

Politifact had corrected Johnson on this point earlier this year when he first brought it up. The publication wrote: “Police stopped only a fraction of the violent protestors Jan. 6, but we still know of guns and explosives seized in and around the Capitol. And we know rioters brought knives, brass knuckles a stun gun, and other weapons.”