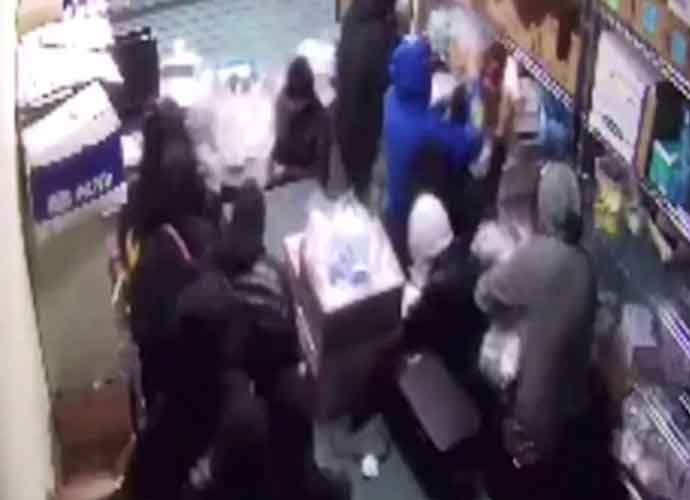 High-end retailers in several California cities have been hit by a coordinated and sophisticated slew of break-ins and robberies that began last week and continued throughout the weekend.

Dozens of stores from San Francisco to Los Angeles were vandalized and ransacked by “flash-mob” style swarms of people who also targeted customers and their belongings. These incidents have spooked shopowners and patrons who were anticipating a busy shopping season as the economy recovers from the Covid-19 pandemic.

The problem of retail theft has gotten so bad in the Golden State that even the business owned by its governor, Democrat Gavin Newsom, was not spared the wrath of the vigilantes.

Newsom recalled witnessing “people smashing and grabbing, stealing people’s items, creating havoc, terror in the streets.” He added that his hospitality company, PlumpJack Group, “has been broken into three times this year” and that he has “no empathy, no sympathy for these folks, and they must be held to account.”

“What happens when people vandalize and commit those level of crimes in San Francisco? We not only lose those businesses, we lose those jobs,” Breed said in a statement to reporters. “We lose that tax revenue that helps to support our economy that helps to support many of the social service programs that we have in the city in the first place. We can’t allow that to happen.”

Police say that at least a dozen people have been arrested in connection to the robberies, which can usually only be charged as misdemeanors.

San Francisco Police Chief Bill Scott said that traffic patterns around retailers are being adjusted to make it harder for would-be wrongdoers to wreak havoc and then zip away. He also pledged to increase the number of officers assigned to patrol vulnerable areas.

“We are going to do everything we can to put a stop to this craziness,” Scott said.