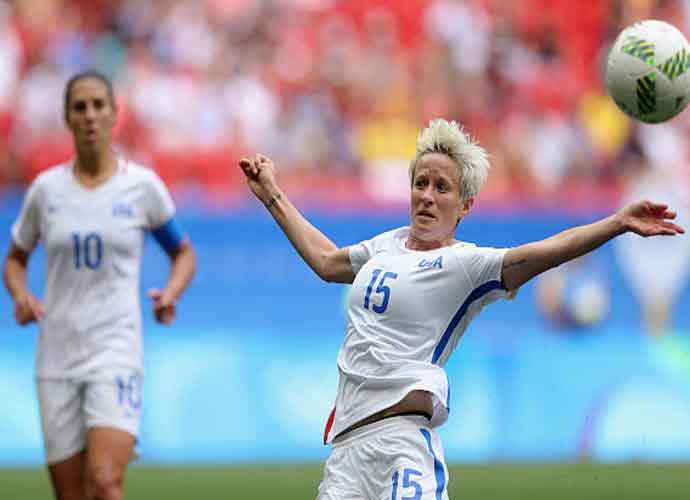 Megan Rapinoe, a prominent American soccer star who has been vocal about women’s and gay rights, has frequently been targeted by conservatives and anti-LGBTQ groups.

Now, Subway, the popular sandwich chain, is being targeted by these conservative groups due to its recent advertisements with Rapinoe.

Several franchisees of Subway have complained, denouncing the company of “misusing advertising funds by featuring a potentially controversial spokesperson in commercials.”

“We used to go to Subway. Not since we saw the tv commercial with Megan Rapinoe [throwing up emoji],” another comment found on the Subway’s Facebook page.

Technically, Subway doesn’t own any of its 22,000 chains, as it only charges franchisees 4.5 percent of the revenue for its advertising fund.

This is where some store operators, especially those from red states, claim they’re facing a huge backlash from the customers due to the parent company’s advertisement.

Rapinoe is a legend in the history of U.S. soccer, participating in four World Cups throughout her career. She was called up by the national team during the recent Olympics in Japan, leading the team to a bronze medal.

Despite the successful run in the Olympics, detractors are still after Rapinoe, including former President Donald Trump, who in recent remarks called her “the woman with the purple hair.”

“If our soccer team, headed by a group of Leftist Maniacs, wasn’t woke, they would have won the Gold Medal instead of the Bronze,” Trump said in a statement. “The woman with the purple hair played terribly and spends too much time thinking about Radical Left politics instead of doing her job!”